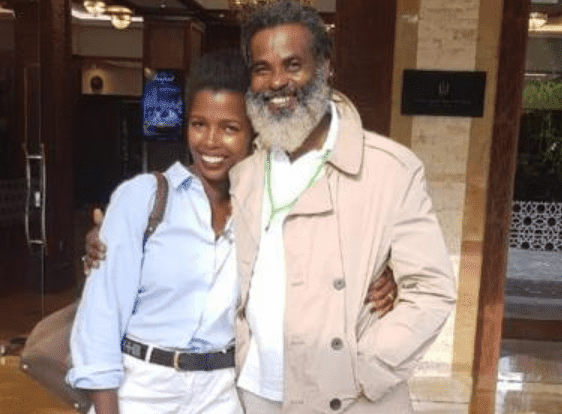 The late Tecra Muigai, the daughter of Keroche Breweries owners, used to send money to her boyfriend Omar Lali.

This was revealed on Tuesday in court by her mother who was giving her testimony in the inquest into Tecra’s death.

Tabitha Karanja told the court she found out that her daughter had made bank transactions and M-Pesa transfers to Lali’s account.

She said she got concerned by what was going on, adding that her daughter was too young to have been sending money to an older man.

“I  became suspicious because Tecra was a young girl compared to Lali, so when you see her giving money to this old man I was suspicious…it should be the other way round,” she testified.

Mrs. Karanja said all she wants is justice adding that her family as well as the nation lost through Tecra’s death.

“…we are here to seek justice not just because of Tecra but to any other person who is out there to harm innocent kids and want to spoil young kids…lazy people who don’t want to work,” she said

Tecra’s Personal Assistant also testified and told the court how she allegedly received instructions from her to send money to Lali.

She claimed she was however never told why the money was being sent to Lali’s account but not to Tecra’s own account.

The court also heard that Lali allegedly tried to isolate Tecra from her family members, further that her social life with her friends changed when she met him.

Peter Kariuki, a family friend, described the relationship between the Lali and Tecra as not peaceful.

Kariuki told the court that the two had many arguments and their driver would always intervene.

He reportedly did a follow-up on the exchanges and Tecra allegedly told him that they were having arguments about Lali not listening to her and never wanting her to be around other people.

Another family friend, Massimiliano Richiadei, a businessman, also testified and told the court that he got worried when Tecra told him that she had found someone just a week after being in Lamu.

He told the court that they would speak on the phone often but that slowly changed and Tecra would always tell him that there were network issues in Lamu.

He said that when he went to Lamu, Lali was shouting during dinner and, according to him, that behaviour was uncalled for since they were meeting for the first time.

The hearing was still continuing at the time of publishing.