Taliban: Afghan cease-fire not part of talks with US 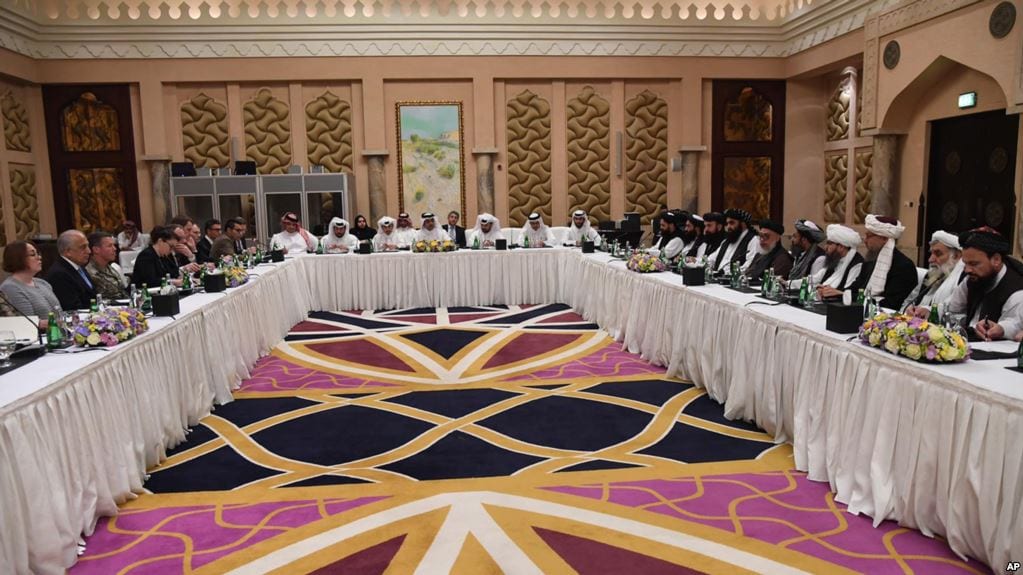 The Taliban is hoping ongoing negotiations with the United States will lead to the withdrawal of all foreign forces from Afghanistan, allowing Afghans themselves to peacefully negotiate an end to years of hostilities, a senior member of the group says.

Suhail Shaheen, however, has clarified in an interview to VOA that neither cease-fire nor issues related to intra-Afghan peace dialogue are on the agenda of the talks with American interlocutors at this stage. Shaheen speaks for the Taliban’s informal political office in Qatar.

“There is a steady progress. … But the talks are not completed. The talks will continue until we reach a conclusion,” Shaheen told VOA when asked whether he expected a deal soon.

He said Taliban and American envoys will resume discussions in the Qatari capital of Doha on Saturday after a two-day break to try to flesh out details of “a draft agreement” that both sides are hoping could set the stage for promoting a settlement to the conflict through an intra-Afghan peace process.

Shaheen said the two sides paused the dialogue to conduct “internal deliberations” and seek advice from their respective leaderships.

The spokesman explained discussions between Taliban and U.S. working groups on Tuesday and Wednesday exclusively revolved around withdrawal of U.S.-led foreign forces “and the nature of this pullout,” as well as Taliban guarantees to prevent terrorists from using Afghan soil to harm other nations in the future.

“When the (American) occupation is ended, I think we will have a countrywide consultation with scholars and influential Afghans about the shape of a future government,” Shaheen said.

The Taliban, he said, remains committed to the dialogue process with the U.S. because neither side has been able to achieve its objectives militarily in the past two decades.

U.S. President Donald Trump has said that if the talks with the Taliban make progress, he would consider a reduction in American troops in Afghanistan.

The Trump administration’s reconciliation envoy, Zalmay Khalilzad, is leading the American team in the talks with the Taliban.

In a series of tweets Thursday, the Afghan-born diplomat described as “productive” his two-day meetings with the Taliban in Doha.

“We continue to take slow, steady steps toward understanding and, eventually, peace,” Khalilzad said, adding “all four key issues remain on the table” but did not elaborate.

Khalilzad has repeatedly stated he wants the Taliban to engage in direct talks with the Afghan government to find a political solution to the problems facing the country. But the Taliban staunchly opposes any talks with Kabul, dismissing it an American “puppet.”

Shaheen dismissed concerns that a complete foreign troop withdrawal without a solid political reconciliation process in place would worsen the security crisis in Afghanistan. He said the Taliban has already opened talks with Afghan opposition politicians during a recent meeting in Moscow because “we don’t want anarchy in the country, we don’t want repetition of the chaotic situation of the 1990s.”

“We hope we resolve all the issues (with U.S.) and there are no foreign troops on the Afghan soil and we hope we have an Afghan inclusive government in place in the country. So, only in that case there will a sustainable peace and stability in the country,” Shaheen said when asked whether talks with the U.S. would deter the Taliban from unleashing its upcoming spring offensive in Afghanistan.

The Taliban usually announces its so-called “spring offensive” around late April that leads to intensification in the war, now in its 18th year, and inflicts heavy battlefield as well Afghan civilian casualties.

On Friday, a large group of insurgents in military uniforms, including suicide bombers, stormed a major army base in southern Helmand province, which also housed U.S. forces. The predawn attack lasted until late afternoon, killing dozens of Afghan forces.

The United Nations, while issuing its annual report on civilian casualties last week, called on warring sides to seize the opportunity for peace to end the Afghan human tragedy and misery. The report documented almost 4,000 civilian deaths in conflict-related incidents in 2018, representing the highest number of Afghan civilian fatalities in a decade.

Shaheen noted that the presence in Doha of the newly appointed Taliban deputy political leader, Abdul Ghani Akhund, popularly known as Mullah Baradar, is playing a “pivotal” role in furthering the dialogue process with the U.S.

Baradar was given the new responsibility in January, months after he was freed from a prison in Pakistan on Khalilzad’s request to meet a key Taliban demand to boost the dialogue process.

“The negotiation team every day has consultation with him and they receive his instruction and guidance how to proceed with the talks. So, that’s very important that we have access to him otherwise it would have taken days if not weeks to have the same instruction from the (Taliban) leadership,” Shaheen said.

Baradar is known as a co-founder of the Taliban and was arrested in a joint Pakistani-U.S. raid in Karachi in 2010 while he was traveling through the neighboring country, where Taliban leaders have long sheltered. Mullah Baradar is also credited for regrouping the Taliban after it was removed from power by the U.S.-led military invasion in the aftermath of the Sept. 11, 2001, terrorist attacks on America.