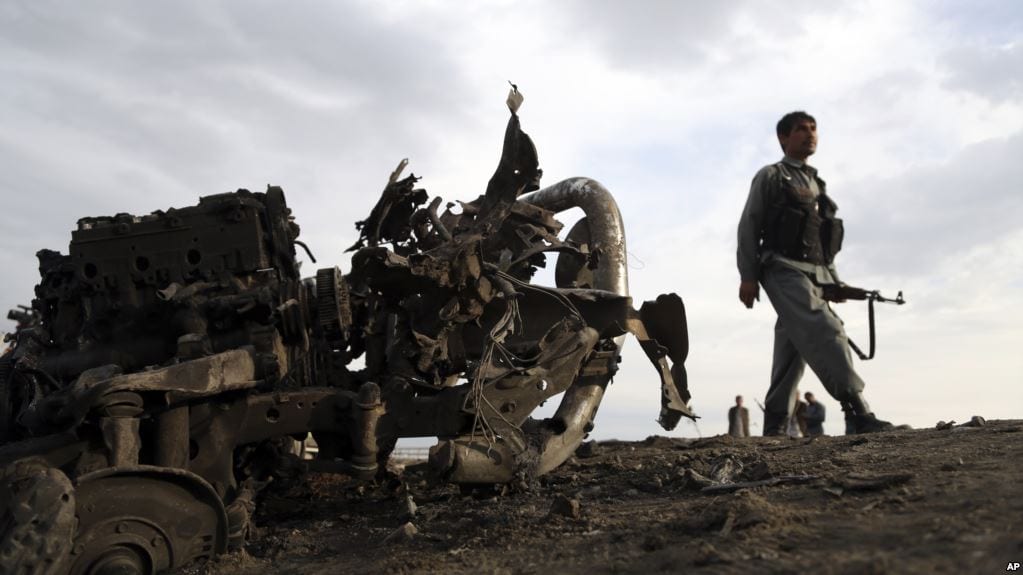 At least 20 people were injured after a Taliban suicide bomber drove an explosives-packed Humvee and blew himself up at the police headquarters in the northern Afghan city of Pul-e-Khumri, Afghan officials and the Taliban said on Sunday.

Many armed Taliban fighters entered the police headquarters after the blast and opened fire on security forces stationed there.

“Clashes have not stopped. 20 injured people were taken to the hospital from the blast site,” said Assadullah Shahbaz, a member of the Baghlan provincial council, adding they have sought immediate deployment from neighboring provinces.

The Taliban claimed responsibility for the “big blast” and the clashes with the Afghan forces.

Nasrat Rahimi, a spokesman at the interior ministry in Kabul, said the Afghan forces have gunned down a Taliban fighter who tried to enter the police headquarters, but several Taliban fighters have penetrated the offices.

The Taliban have stepped up attacks on security installations to demoralize Afghan police and troops even as they are holding direct talks with the U.S. officials to end the war in Afghanistan.

Intense fighting continues across the country with the Taliban controlling or influencing more territory than at any point since their ouster at the hands of U.S.-led troops following the Sept. 11, 2001, attacks on the United States.