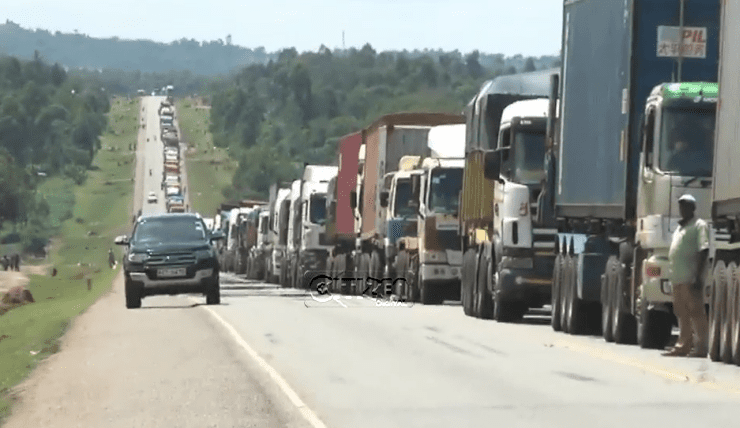 The Tanzanian Government has rubbished claims that 19 truck drivers from the country tested positive at the  Namanga border earlier in the week.

Out of the tested samples, 14 drivers turned positive among them (11) Kenyans, (1) Ugandan and 2 from unnamed nationality.

30 drivers from the tested samples were confirmed as negative according to the press statement.

At the same time, the statement claims that all the 19 Tanzanian drivers who tested positive at the Namanga border later tested negative when their samples were tested in Tanzania.

The statement alleges that there is a ploy by Kenya to kill tourism and business in Arusha and Tanzania by declaring falsified coronavirus results.

“Arusha region is convinced that this is a deliberate sabotage strategy  designed by Kenya against the tourism industry in Arusha and Tanzania at large,” the statement reads.

The latest comes after Kenya announced tougher restrictions at its border with Tanzania and Somalia to curb the spread of the virus.

In a press briefing on Tuesday, Kagwe said 214 people had so far tested positive for the coronavirus at the various border points with Tanzania out of which 182 of them were foreigners and had been referred back to Tanzania.

Out of the 182 foreigners turned away at the Tanzanian border, 126 of them tested positive in Namanga, 24 in Lunga Lunga, 23 in Taveta, 4 in Isebania and one case in Loitoktok.

“What would have happened had we not taken the measure of testing at the border is that these 182 people would now be in our midst moving around in our country and you can imagine the rate of infection this would have caused,” said Kagwe.

“This is critical and might explain why the President took the measures he took the other day.”

In Wajir, 14 of the 16 cases recorded in the County had crossed from Somalia while two individuals who have tested positive in Garissa were also from Somalia.