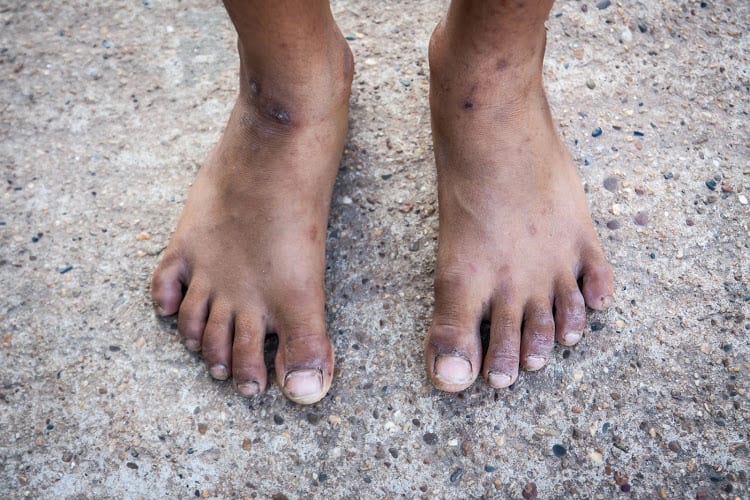 Tanzania has launched a manhunt for suspects in the abduction and murder of up to 10 children this month in cases believed to be linked to witchcraft, the home affairs minister said on Wednesday.

Officials in the Njombe district in southern Tanzania told local media this week at least four dead bodies of missing children had been found abandoned near bushes with missing body parts, which are believed to be used in rituals.

Superstition is deep-rooted among some communities in Tanzania, a nation of 57 million people. Albinos, who lack pigment in skin, eyes and hair, are among groups targeted by assailants who kill them or chop off their limbs.

“Our preliminary investigations have established that these incidents are caused by superstitious beliefs,” Kangi Lugola told parliament, replying to a lawmaker who had demanded to know what the government was doing to stop the killings.

Lugola did not say whether the missing children were albinos.

“We have already identified some of the suspects and we will soon take action against them,” Lugola said.

Albino hunters attack their victims usually with machetes and harvest their blood and body parts such as hair, genitals and limbs for potions.

Their body parts are prized in some regions of Tanzania, where witchdoctors say albinos bring luck in love, politics, life and business.

Women with red eyes are also vulnerable to attack. They are often accused of being witches and are killed in farming and fishing communities along the shores of Lake Victoria.