Tanzania suspends second newspaper in less than a month 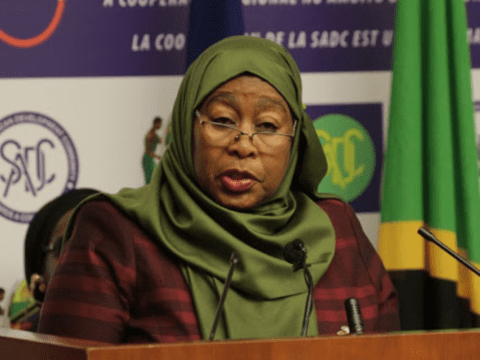 Tanzania suspended on Sunday another newspaper accused of false stories even though President Samia Suluhu Hassan had pledged to uphold media freedoms quashed by her predecessor.

Raia Mwema, a leading Swahili-language weekly, was suspended for 30 days from Monday, for “repeatedly publishing false information and deliberate incitement,” Gerson Msigwa, the government’s chief spokesperson, said in a statement.

Msigwa cited three recent stories, including one about a gunman who killed four people in a rampage through a diplomatic quarter of Tanzania’s main city Dar es Salaam.

The article linked the gunman to ruling party Chama cha Mapinduzi (CCM), the statement read, adding that the article violated a 2016 media law. The newspaper’s management did not immediately respond to a request for comment.

Last month, the government suspended the Uhuru newspaper, owned by the CCM party, for publishing what it called a false story saying Hassan would not vie for office in 2025. That was the first newspaper suspension in Hassan’s tenure.

The CCM said after the suspension that Uhuru’s board had already suspended three top managers, including the CEO, over the story, and was investigating why the story was published.

Hassan took office in March following the death of predecessor John Magufuli, who was Africa’s most prominent COVID-19 sceptic and banned several newspapers during his six-year rule.

Within weeks of taking office, Hassan called for all the outlets banned by Magufuli to be allowed to reopen immediately.