Teacher says pupils failed exams across the country, parents should leave him alone 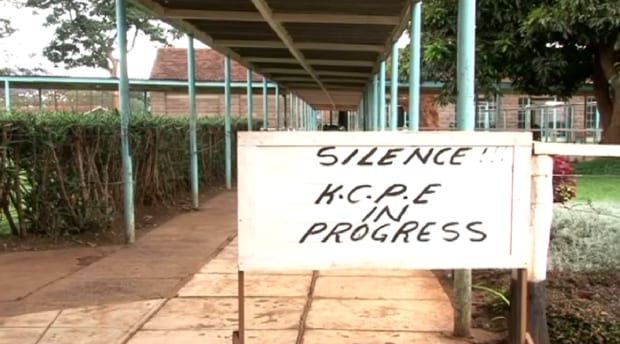 Learning was on Wednesday paralyzed at Upanda Primary School in Alego/Usonga constituency, when parents together with their children stormed the institution to evict the headteacher, over poor performance and alleged mismanagement of funds.

The parents who blocked the school gate and lit bonfires, accused Mr Peter Ogutu of running down the school, noting that he has seriously misappropriated school funds.

They claimed that the headteacher has never convened any parents-teachers meeting or school committee over the past one year and that he has only been colluding with a few individuals to withdraw and embezzle funds from the school coffers.

Chanted anti-Peter Ogutu slogans, the parents launched a scathing attack on the headteacher and other three teachers, Barrack Omunda, Caren Alwala and one Mr Odhier, whom they say have developed a negative attitude towards the school community, attributing the tremendous drop in performance over the last few years to the a poor working relation.

They are now calling upon the government to intervene and solve the presumed problem, insisting that the headteacher and his three colleagues be transferred to other schools with immediate effect, vowing not to keep their children out of school until such a time that their plea has been heard and implemented.

The headteacher, however, rubbished-off the failure to convene meetings claims, arguing that those are mere allegations because he has been calling for meetings regularly.

On the issue of performance, the embattled school administrator remained bullish that the parents ought to understand that there was mass failure across board in the country and not in Upanda alone.

He further alleged that this was a witch-hunt castigated by his enemies.