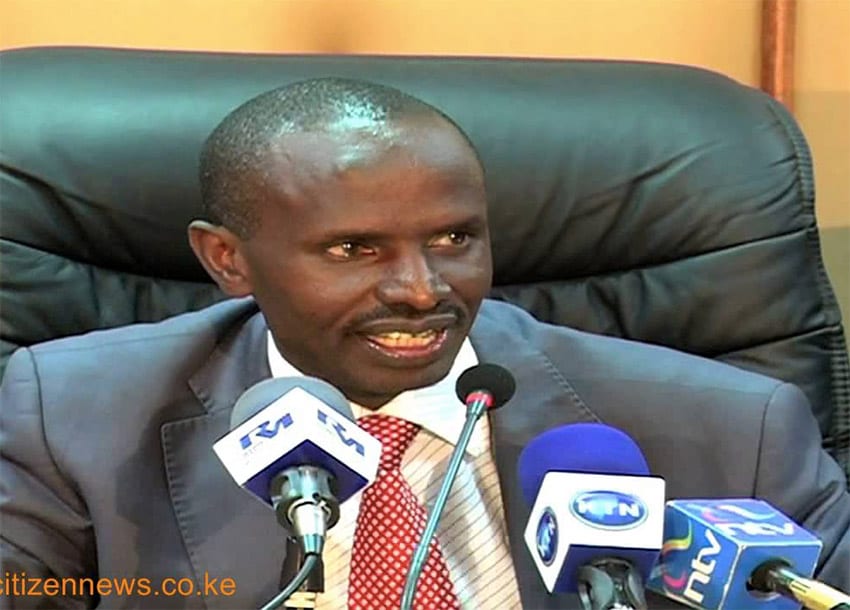 The Kenya National Union of Teachers (KNUT) has opposed the directive by the Teachers Services Commission (TSC) that headteachers and teachers sign performance contract starting January.

John Gitari Munyi, KNUT Embu Branch Secretary, that KNUT and the TSC have not had any discussions around the performance contract it (TSC) wants the teachers to sign.

Gitari said that in normal circumstances, TSC and KNUT ought to sit and iron out the contracts in order for the union to guide its members on the pros and cons of the contract.

Gitari claimed that TSC has been treating teachers as second class citizens in all its endeavor without regarding their input in the education sector.

He said that the new contracts were being used to oppress teachers who have for along time sought for a better working environment.

He called upon teachers not to sign the contracts until KNUT gives them a go ahead.

This comes even as KUPPET told teachers to ignore the circular by TSC on the performance contracts and appraisals.

Secretary General Akello Misori said teachers and their unions were not consulted on the performance appraisal and performance contracts announced by TSC Secretary Nancy Macharia.

Akello faulted the teachers employer for what he terms as using the backdoor to intimidate teachers without involving them in the drafting stage, a move he says will flop.

The KUPPET boss has further intimated he is yet to receive the TSC circular and promised to issue an official response once he receives it, sentiments which were echoed by his KNUT counterpart.

On Monday, the TSC announced that teachers will now sign performance contracts starting January 2016 in what the Teachers’ Service Commission (TSC) terms as a quality and efficiency monitoring plan.

TSC issued a circular on Monday to all heads of learning institutions informing them of the initiative of working under the performance contract.

Through its Chief Executive Officer Nancy Njeri Macharia, TSC sent the circular to all Principals of Technical Training, Principals of Diploma Teacher Colleges, Heads of Primary, Secondary and Teacher Training Colleges and The Director of Kenya Institute of Special Education.

“Pursuant to section 11 (c) and (f) of the Teachers Service Commission Act 2012, the Commission is mandated to monitor the conduct and performance of teachers in the teaching service,” said Njeri.

“Section 35 further empowers the commission to take all necessary steps to ensure that teachers comply with teaching standards prescribed by the Commission under the Act”.

She said the Commission will implement the Teacher Performance Appraisal and Development Performance Contract programme for Heads of Institutions with effect from January 2016.