Tension in Laikipia as police torch houses, churches to flush out bandits 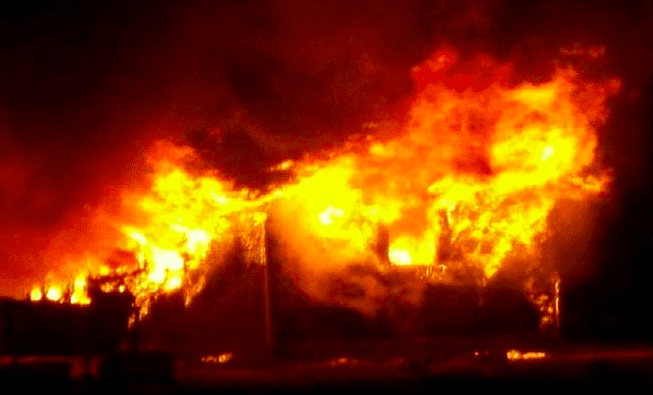 Tension is high at Kisiriri village in Laikipia West Constituency, after police officers allegedly burnt down tens of houses during an operation to flush out illegal grazers and bandits on Sunday morning.

According to the residents, heavily armed police officers stormed the village early in the morning and embarked on setting houses on fire as the owners watched helplessly.

Two churches were also burnt to the ground during the operation by a contingent of officers from the General Service Unit (GSU), Kenya Police Reservists and Rapid Deployment Unit (RDU).

Pastor Thomas Nasikei lamented that his church was brought down by the officers whom he also accused of taking away some valuable church equipment.

He described the incident as unfortunate saying the residents had not been issued with a notice to vacate the area.

The villagers further alleged that the security officers looted property and took away livestock during the operation.

Efforts to get a comment from Laikipia West Deputy Commissioner or the OCPD were futile as calls to him went unanswered.

Laikipia County Administration Police Commander, Benson Maweu said a contingent of security personnel was deployed in the region to pursue criminals reigning terror on the locals.

The operation comes two days after two people, an employee of the Laikipia County government and a forester, were shot dead by armed raiders while on official duty at the Laikipia Nature Conservancy.

Laikipia West Sub-County administrator Ikinya Matindi, who had accompanied the two, was also shot and seriously injured and is recuperating at the Nyahururu County Referral Hospital.

Mr. Maweu disclosed that security officers have already sealed possible exit routes for the bandits along Laikipia-Baringo border at the Laikipia Nature Conservancy.

The residents have faulted the operation saying it is causing them more pain than good.