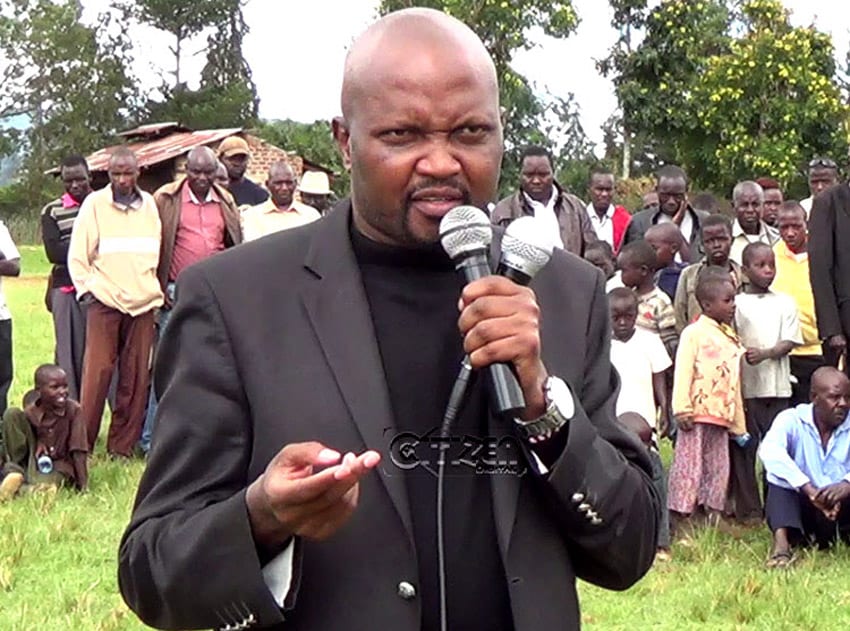 Gatundu South MP Moses Kuria has said that the crimes against the humanity case facing Deputy President William Ruto and Joshua Arap Sang should be terminated for the sake of peace in the country.

Speaking at AIC Church in Eldoret, Kuria further drummed up support on his proposed referendum to reduce the number of elective seats by scrapping off Senators, Women representatives and nominated Members of County Assembly seats.

“Kenya’s peace and unity is delicate and the International Criminal Court (ICC) should tread carefully on the cases facing the two Kenyans,” Kuria stated.

“I would like to urge all the people who know the truth about what happened to come out and speak the truth and stop being scared.”

The MP also reiterated that the Jubilee MP’s would ensure Kenya pulls out of ICC if the cases will not be terminated.

Last year in October, Kuria recorded a statement with the ICC over the Ruto fixing saga in a meeting between him and the officials that was held in a private room at a Nairobi Hotel for over four hours.

However, Kuria’s lawyer Danson Mungatana would not divulge the details of the meeting stating that the Gatundu South MP had answered all the questions that the investigators had.

Kuria said the cases at the ICC were politically motivated, noting that in the aftermath of 2007/08 post-elections violence, both ODM and PNU wrote to the international court pointing an accusing finger at each other over the skirmishes.

Earlier, Jubilee Senators and MPs had said they would ensure that the cases against Deputy President William Ruto and Radio journalist Joshua Sang at the ICC will collapse.

“We should continue praying so that the cases facing William Ruto and Joshua Sang collapse. I am hopeful that in 2016 the cases will collapse,” said Kindiki.