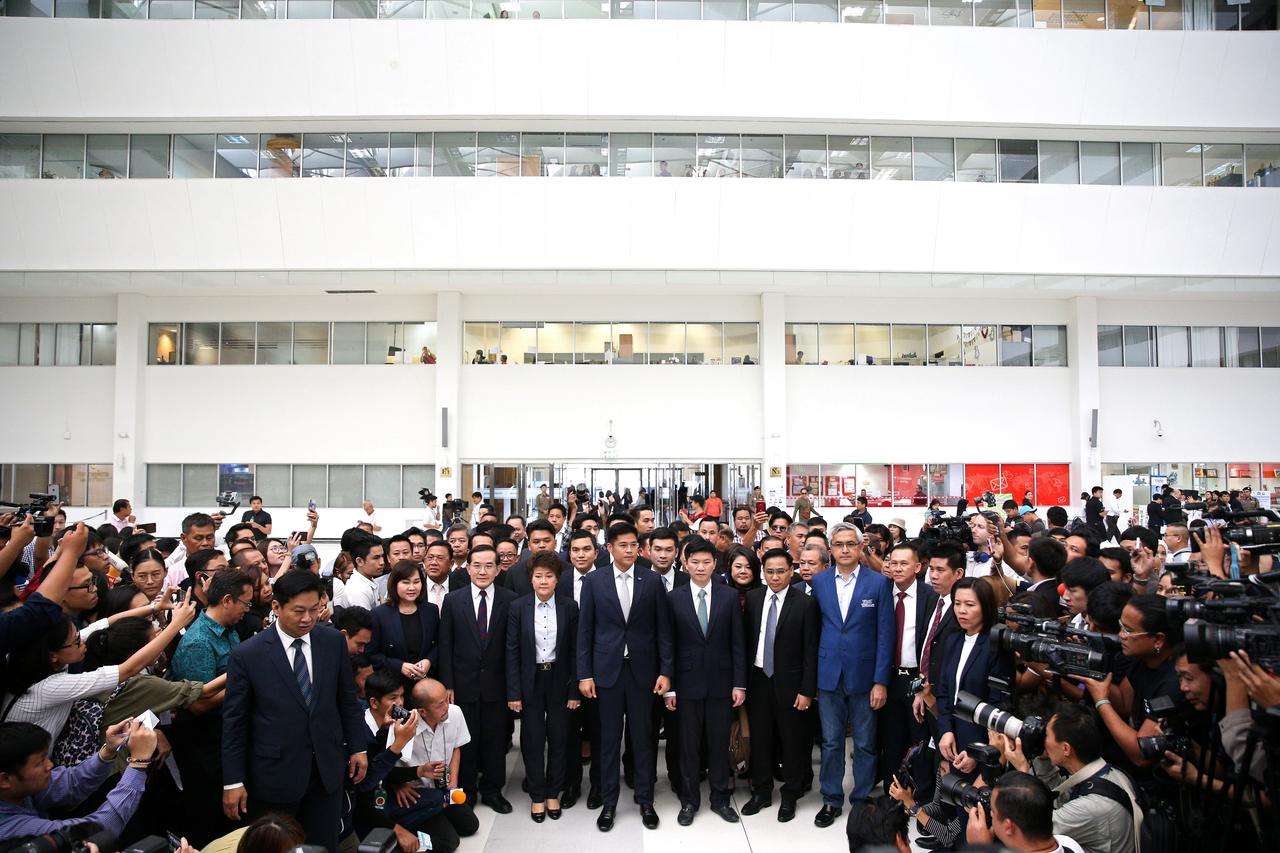 A Thai court on Thursday ordered the dissolution of an opposition party for nominating the king’s sister as its candidate for prime minister in a March 24 election, the first since the military seized power in a 2014 coup.
Banning the Thai Raksa Chart party just over two weeks before the general election struck a blow to opposition parties’ chances of defeating parties allied to the military junta that has ruled for nearly five years.

“The court has ordered that the party be dissolved,” Judge Taweekiet Meenakanit said in the Constitutional Court ruling, which also banned the party’s executive board members from politics for 10 years.

Thai Raksa Chart is one of several parties loyal to ousted former prime minister Thaksin Shinawatra in an election that broadly pits his supporters against establishment parties, including one that has junta leader Prayuth Chan-ocha as its prime ministerial candidate.

Police had deployed more than 1,000 officers in and around the court and cordoned off the surrounding area ahead of the ruling.

Party leader Preechapol Pongpanich, who was visibly emotional, told reporters outside the court the party accepted the ruling.

“We all had good intentions for the country,” he said.

Supporters were seen crying, saying they would vote instead for other opposition parties.

The Election Commission asked the court to dissolve the party after it nominated Princess Ubolratana Rajakanya Sirivadhana Barnavadi for prime minister, which the commission described as “antagonistic toward the constitutional monarchy”.

The princess relinquished her royal titles in 1972 but is still officially treated as a senior member of the royal family, which is highly revered in Thailand.

King Maha Vajiralongkorn strongly opposed his sister’s nomination, calling it “inappropriate” and unconstitutional and her candidacy was swiftly disqualified by the Election Commission.

While Thai Raksa Chart is not the largest pro-Thaksin party, dissolving it would weaken his supporters’ strategy of fielding several separate parties in the hope of securing more seats for Thaksin loyalists.
‘MOVING AHEAD’
Parties aligned to Thaksin’s populist policies have won every election since 2001, but changes in electoral laws have effectively diluted the popular vote, in a bid that his loyalists say is aimed at banishing his influence.

New rules put in place by the outgoing military government benefit smaller parties at the expense of the top vote-winning parties through a complex formula when 150 “party-list seats” are shared out in the 500-seat House of Representatives.

The other 350 seats are directly elected.

Because the main pro-Thaksin Pheu Thai party will be limited in party-list seats, Thai Raksa Chart and other allied parties were formed to reap the benefits awarded to smaller parties.
“Thai Raksa Chart is deployed tactically to mop up party-list seats to complement Pheu Thai,” Thitinan Pongsudhirak, a political scientist at Chulalongkorn University, told Reuters before the ruling.

“It was plausible in view of the princess’s short-lived candidacy that the Thaksin-aligned parties even had a shot at a simple majority had her nomination not been nullified.”

Thaksin lives in self-exile to avoid a graft conviction he says was politically motivated.

His opponents have sought to portray his movement as insufficiently loyal to the monarchy – which he vehemently denies – and Thai Raksa Chart’s nomination of the king’s sister was intended to refute that assertion.

With Thai Raksa Chart banned, its voters will likely switch to another pro-Thaksin party, Thitinan said, though the ruling clearly hurt his supporters’ chances.

The princess, who broke with royal tradition by attempting to enter politics, is in Germany, according to her posts on Instagram.

She did not make a direct reference to the court ruling but said on Thursday: “Today, I want to continue moving ahead in working for Thailand.”