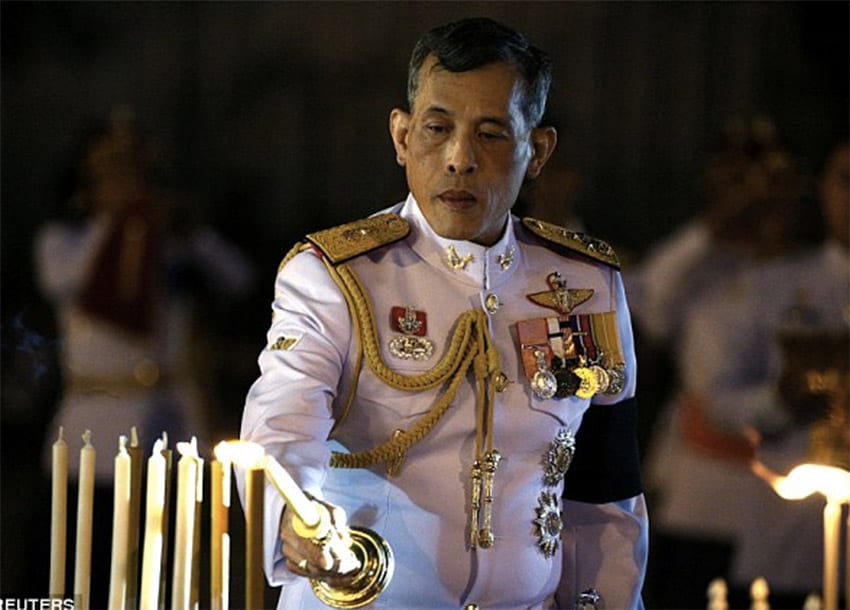 Thailand’s newly proclaimed King Maha Vajiralongkorn on Friday (December 2) led a Buddhist prayer and a merit making ceremony in tribute to his late father, King Bhumibol Adulyadej, marking 50 days since he had passed.

This is thought to be his first official royal duty carried out in his new position.

King Bhumibol, 88, the much-revered king and beloved father of the nation, pass away on Oct. 13. He was widely loved and regarded as a pillar of stability during decades of political turbulence and rapid development in the Southeast Asian nation.

The new King Maha Vajiralongkorn has yet to command the kind of adoration that his father received from Thais and he has kept a much lower profile throughout most of his adult life.

One of King Maha Vajiralongkorn’s first acts as monarch will be to endorse a constitution drafted by the military that the public overwhelmingly endorsed in an August referendum.

The royal endorsement is a formality. The junta has said the constitution will pave way for an election in late 2017.