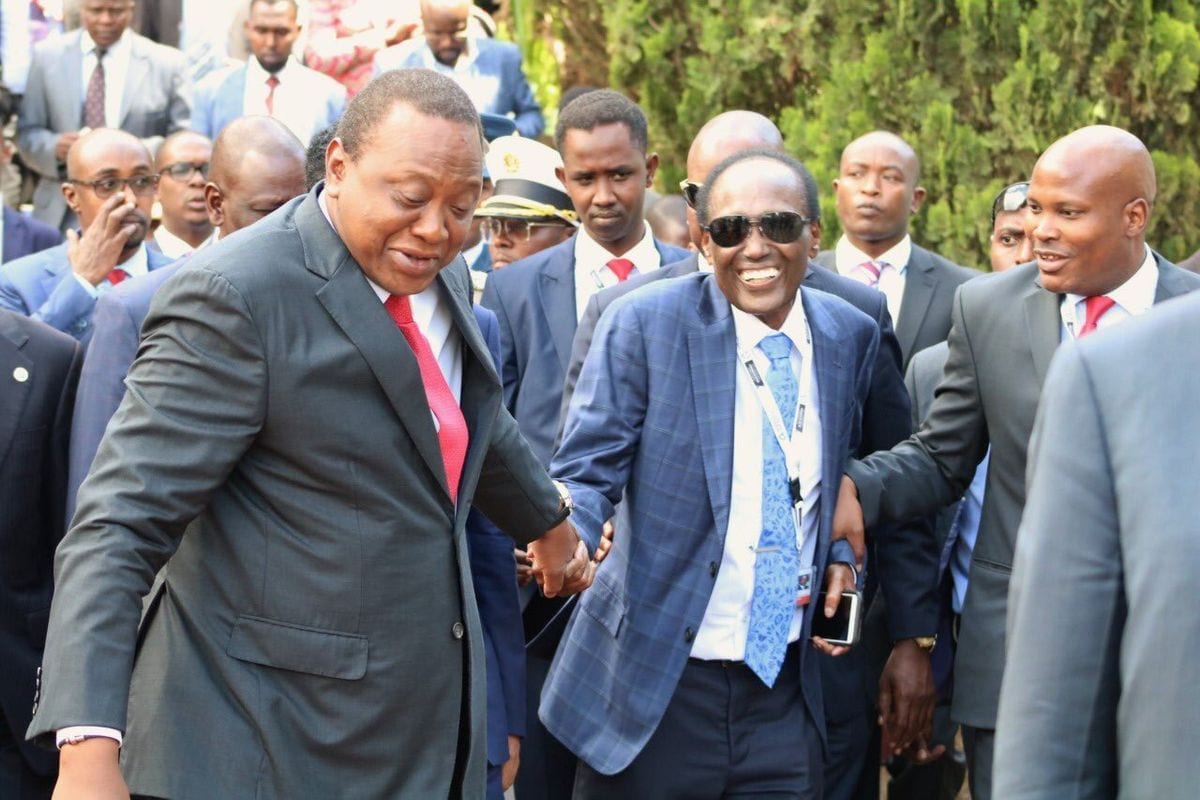 President Uhuru Kenyatta has sent a message of condolence to the family, friends and relatives of businessman Christopher John Kirubi who passed away on Monday.

In his message of comfort, the President mourned Mr. Kirubi, 80, as a seasoned businessman, entrepreneur and industrialist who founded and successfully ran some of Kenya’s largest corporations.

“I have received the shocking news of the passing away of my friend Chris Kirubi with alot sadness. The cruel hand of death has robbed our nation of a patriot whose entrepreneurial spirit, hardwork and determination saw him create some of our country’s largest enterprises which offer employment to thousands of our people,” the President mourned.

Alongside running a successful business empire, the President mourned the late Kirubi as a successful mentor and coach who helped raise a generation of entrepreneurs and corporate leaders.

“Besides his celebrated business acumen, Kenya will remember Chris a great coach and business mentor who raised some of our country’s best businessmen and corporate leaders,” President Kenyatta said.

The Head of State eulogised Mr Kirubi as a cheerful, approachable and accessible corporate leader who loved people and interacted with all Kenyans.

“Chris was one of the most accessible corporate leaders Kenya has ever produced. He interacted with everybody and would show up in places where he was least expected. He interacted with Kenyans, especially the youth, on his radio shows, public appearances and writings, through which he shared his experiences in business and life,” President Kenyatta recalled.

Mr Chris Kirubi, a billionaire businessman and an alumnus of Friends School Kamusinga High School in Bungoma County, is associated with some of Kenya’s leading corporates among them Centum Investments, Haco Industries and Capital Group among many others.

President Kenyatta prayed to God to grant the family, friends, relatives and staff of Mr Kirubi peace during this difficult period of mourning.