The epic Twitter meltdown of Esther Passaris over MPs’ salaries 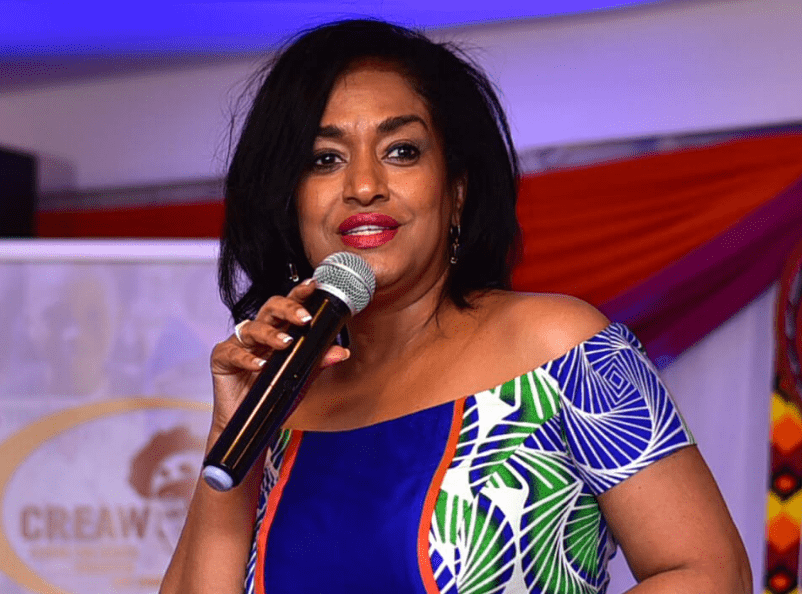 Nairobi County Woman Representative Esther Passaris has had enough of people, majorly Kenyans on Twitter, thinking she always takes the high road when it comes to politics.

Passaris has in the past endured negative comments directed towards her with the grace and silence of a saint.

The legislator, before switching gears and deciding to run for her current position, previously ran for Nairobi Governor and was insulted on live television by one of her then opponents; a boisterous outspoken lawyer who has since been deported.

But Ms. Passaris never fought back, she held her own throughout that interview with poise, only saying she will respond in court.

She also recently grabbed the limelight after Nairobi Governor Mike Sonko, during a public gathering, told her he could not pick her phone calls all the time because “mimi si bwana yako.” [“I am not your husband.”]

The Nairobi county chief then later on went ahead to release a barrage of recorded audios of phone calls allegedly between himself and Ms. Passaris; which only served to subject her to more public taunts.

But she kept her calm throughout this storm and never offered a single rebuttal.

She, however, seems to have had enough! And she is now doing what anybody does when they’ve had enough—blow up!

What was the straw that finally broke the camel’s back, you ask? The controversial Members of Parliament (MPs) pay rise.

Passaris has, since last week, taken to Twitter to explain why MPs deserve the heavily opposed pay rise because, according to her, legislators do much more yet receive very little.

This argument has however proven too costly with the ever indefatigable #KOT coming at her full swing, baying for blood.

But, for the first time in a very long time, Passaris is not taking it lying down; she is serving it just as hot as she is receiving it.

Here is a brief compilation of a few salty tweets from our ‘good girl, gone bad’; as KOT have now christened her.

We represent citizens who look to leaders for their personal expenses from rent, medical, funerals, school fees, food, etc. Leaders in other countries are not expected to settle constituents personal bills. When we move from dependency to independency we can reduce our wages. https://t.co/ifJ9ca3mlI

Do you live in Nairobi? This requires a one on one for you to get a grasp of the needy issues that politics and politicking cannot resolve in the short run. We have a long way to go. I can't say no to extra cash to help the many 'cases' that the 'system' neglects by design. https://t.co/QwVYMrPXwz

What would I expect from a two year old? #TemperTantrums #TerribleTwos
If you expected me to fix it all because you elected me, you expected far too much amid all the 'confusion'. I can't fix what you yourself don't aspire to fix. Next time you vote. Think twice. Think issues. https://t.co/nh6bPEKlQY

Sick minds attract sick leaders. Widen your thinking. Leaders are reflective of those who elect them. I would like to believe that when you voted, you had more in mind than party politics, tribal politics or handouts. Issues and integrity were key drivers. Respect goes both ways. https://t.co/j1jItZWUWP

I am forthright. Would you rather I accept all that's thrown at me like a 'little good girl'. If a man said the exact same thing I said would it be rude or bold? At 55 I believe I have earned the right to speak up mind and state my case. Get used to it. How else will I lead? https://t.co/ZlMujIT91p

You are part of the problem. Every vote should counts either way. Yours didn't. Please tell me you will vote come 2022. Until then engage me on why you didn't vote? Be honest. I mean really honest. https://t.co/YjKuxg9BXx

Would you refuse a pay rise from your employer if you knew it was deserved and would impact the lives of many vulnerable citizens while we work to get our 'shit' ( for lack of a better word) together as a country? This is when my liberal mind gets the better of me. #LetsTrend https://t.co/MKutmjbdNG

Hmmmm Silence can be misconstrued. I have been silent on many occasions and condemned. Let me try being vocal for a change. I am willing to bet my bottom dollar I will emerge victorious owning my truth then being silenced by falsehoods. My life doesn't revolve around politics. https://t.co/mbKG1uuWiO

I hear you. I feel you. I hear them. I feel them. As Governors ask for more funds. Ask our Governor what has he done for our county's poor? I have 100 million per annum he has over 15 billion. Give me that and you would have strong social structures in place to transform lives. https://t.co/ytvNMZ6e0l

My dear as I said before I cannot solve all our problems. I will solve the ones I can. You do your part as citizens too. As for the poison meat? Well that's a sad state of affairs. One that will see an increase in corruption rather than eradication of the corruption. #GodHelpKe https://t.co/ybfq2VvRRn

We all do. I am like Queen Esther looking out for my people. Like King David…"A (wo)man after my own heart". I am at Peace with my Salvation. Are you? https://t.co/sc32rAqzpi