The life and times of Nderitu Gachagua 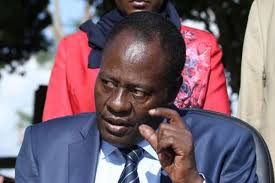 Gachagua started his career as a quantity surveyor in the Ministry of Public works in 1977 after graduating from the University of Nairobi with a Bachelors degree in Building Economics in 1976.

He also served as a Provincial Quantity Surveyor for the Ministry of Public Works between 1982 to 1983 before moving to the National Housing Corporation as the company’s chief quantity surveyor.

In 1987, Gachagua started his own quantity surveyor company which he has been managing until his death.

The late Gachagua made his political debut in 2003 when he successfully contested the Mathira Constituency seat.

He served in the National Assembly to 10 years until 2013.

He was elected as the first Governor for Nyeri County with the inception of the devolved system of government during the 2013 General Election.

Governor Gachagua was a respected politician in Mount Kenya region and in the entire country.

On November 2016, President Uhuru Kenyatta named the late Nderitu Gachagua in a list of political big wigs to spearhead his re-election campaigns in the country.

Gachagua served as the Chairman of the Council of Governors (CoG) Committee on Agriculture.

He championed for better coffee prices and viciously confronted the coffee theft menace in Central Kenya.

His leadership was anchored on inclusivity and agricultural development to spur growth.

Gachagua succumbed to pancreatic cancer at Royal Marsden Hospital in London, United Kingdom, where he had sought treatment.