The Nyayo Pioneer: How Moi’s dream of a Kenyan-made car flopped 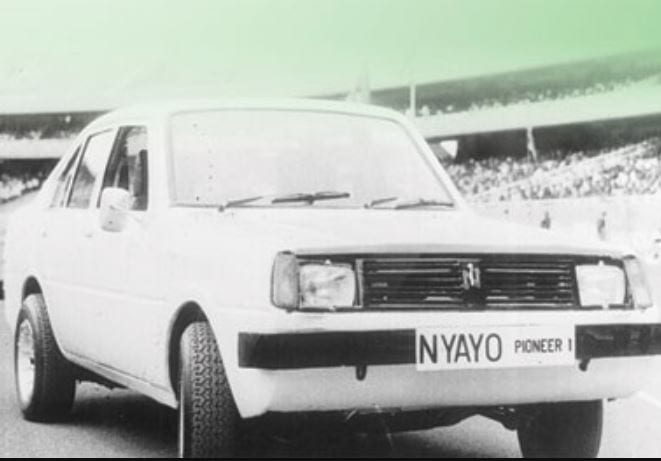 If you currently ask many Kenyans which was the first car built in the country they will probably say the Mobius 1.

However, unbeknownst to many, years ago former President Daniel arap Moi, who was pronounced dead early Tuesday morning, initiated a project called ‘The Nyayo Pioneer Car.’

The only cars available in the Kenyan market back then were mostly products from either Japan or Europe. But, in past interviews, sources close to the late Head of State said he was never really fond of foreign cars.

And so, drawing inspiration from Singapore after they successfully built their first car — The Proton in 1985 — Moi instructed the University of Nairobi’s Civil Engineering Department to develop a vehicle that would put Kenya on the map as a vehicle manufacturer and stop its reliance on European and Japanese made cars.

He gave only one clear direction; not a single part of the Nyayo Pioneer car was to be sourced from outside the country.

Hence the team began by sourcing panels and the chassis in Kenya, from the numerical machining complex where the doors and panels were built.

The wheels were built in Dandora; the small 1.5 litre engine was also built and assembled locally, with the only exception being the carburettor which Kenya didn’t have the technology to build at the time.

“A car is a country’s status symbol of manufacturing. It was a challenge then for us to make a Kenyan car…it pooled various agencies to built a car…it took time to achieve this,” recalls Eng. Sam Onyango, who was involved in the project.

According to Eng. Onyango, their main challenge was building a car that Kenyans would buy despite the market being saturated by well established European cars that had a proven track record.

“When we were designing the car we didn’t want to be far off from the market, hence the Japanese-like design you see on the car. But, still, we had to make it move and appeal to Kenyans as well,” he adds.

Halfway into the design of the cars, Prof. Francis Gichaga, who was lead in the project, and his team from UoN’s Civil Engineering department encountered a hurdle.

Sources said that ‘super’ minister Nicholas Biwott, also deceased, was not happy with the project since he was not consulted on what needed to be done, so he hijacked the project and asked the team to also build a pickup.

However, during the unveiling, the pickups did not start, and this angered the ‘Total man’ – as Biwott was commonly referred to — so much that he allegedly scrapped the entire project.

“Such projects…places like that…there are billions of shillings that are involved and a lot of people want to eat. I’m not saying that it was sabotaged because of that but…you know,” adds Eng. Onyango, before breaking out into laughter.

Despite what many Kenyans think, what they might not know is that the vehicles moved under their own power and were not just showpieces meant to please the late president.

Many, including the pioneers of the project, believe that if Nyayo Pioneer 1 was successful, Kenya would now be on the map as one of the countries in Africa that produce cars.

Three decades later, the project that was set to rid the market of foreign cars failed, leaving many wondering what it would have been like had the Nyayo Pioneer Car project been successful.