They lost their relatives in the Ethiopia plane crash. Instead of bodies, they bring back soil 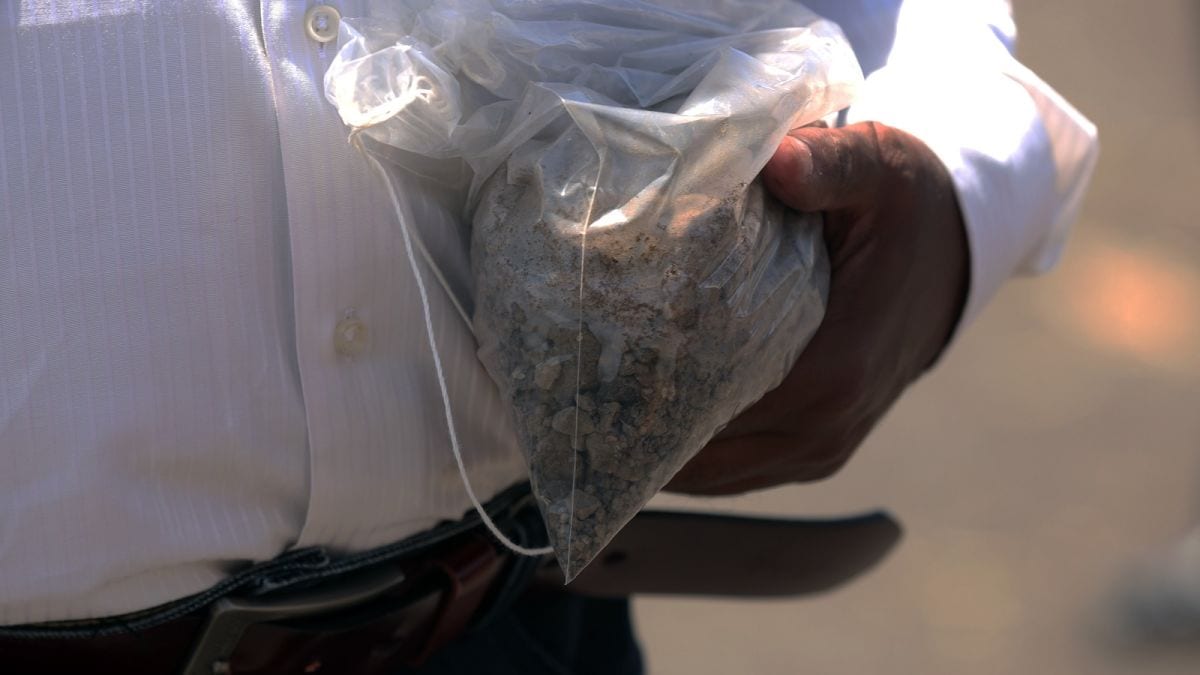 Paul Njoroge and his father-in-law John Quindos Karanja walked away from the site where their wives and children died with bags of soil in their hands.

Three generations of their family were on the Ethiopian Airlines flight to Kenya that crashed last week just minutes after takeoff in Addis Ababa, Ethiopia, killing all 157 people on board.

John Quindos Karanja’s wife, Ann Wangui Karanja; their daughter, Carol Karanja; and Carol Karanja’s three children, Ryan Njoroge, 7, Kellie Pauls, 4, and 9-month-old Rubi Pauls were on the plane. They had been traveling to Kenya from Canada, where Carol Karanja and her children lived.

Ann Wangui Karanja was returning home after traveling to Canada to visit her grandchildren and daughter, who worked as an accountant at an energy firm. Upon the family’s arrival in Kenya, John Quindos Karanja would have been meeting Rubi, who was born in Canada, for the first time.

Paul Njoroge mourned his mother-in-law, wife and children at the crash site and reflected on their last moments.

Identifying the bodies of the crash victims could take up to six months, said Ethiopia’s Transport Minister Dagmawit Moges. She said DNA samples are being collected from family members to assist in the identification.

Without remains of their family members to take home, Njoroge and Karanja took soil instead.

A relative of a victim of the Ethiopian Airlines crash carries soil from the crash site in a bag in Addis Ababa, Ethiopia.

“This is just soil from the area, so in case even out of the DNA nothing will be gotten, I’ll have gotten this one to be a remembrance of the people I loved,” Karanja told the outlet.

It is all they can do for now, but it does not bring them peace.

“We want to go home with them. That’s the only way we can have closure. I cannot have any other closure,” Njoroge told CBC.

Njoroge and his wife grew up in rural Kenya and went away to college while sending money back to their families, CBC said.

They moved to Bermuda, but most recently she and the children lived in Ontario, Canada, according to the CBC. Njoroge did not join them on their trip to Kenya.

“I booked the flights for them,” he said. “And I was tracking the flights.”

Njoroge mourned his wife, who he said was “everything.”

Now, the family has started a GoFundMe fundraiser to help with the funeral expenses and travel so the family can participate in the DNA identification and hopefully bring their loved ones home.