‘They threatened to kill my sister and post it on YouTube,’ says brother of abducted Nigerian student as ransom deadline passes 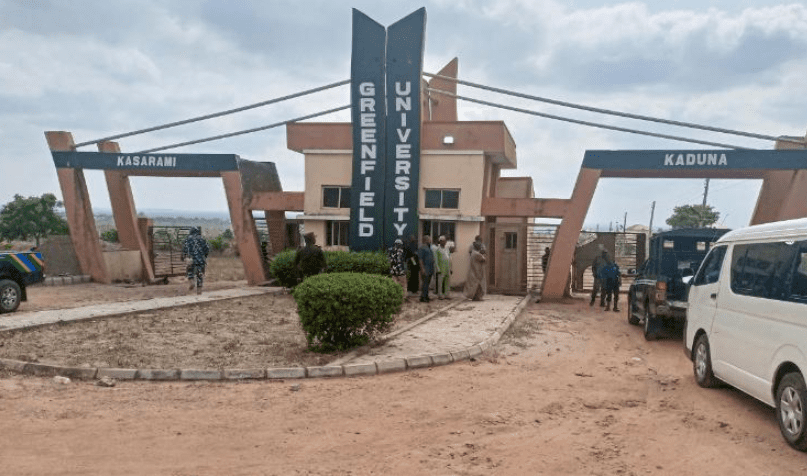 The kidnappers of at least 20 students abducted in Nigeria have threatened to kill the remaining hostages if their ransom demands are not met, the brother of one of the captives has told CNN.

The government has said that five students from Greenfield University in Kaduna State, northwest Nigeria, have been killed since the group was kidnapped on April 20.

“The first time they killed three students. Then the second time they killed two,” said Ojotu, who ​spoke on the condition that his full name not be published, citing his sister’s safety concerns. Ojotu said he had been in touch with the kidnappers a couple of times.

“I kept wondering if my younger sister would be the next to be killed,” he said, adding that “they had threatened to kill her and post film of her death on YouTube.”

Ojotu’s sister is an 18-year-old first-year student of international relations at the private Greenfield University, and he said his interactions with her captors have left him in agony.

“I’ve never felt this much pain in my life — it’s unimaginable … At first, they were demanding 800 million naira (around $2 million) from the families of the kidnapped students … then they started killing the students to show they were serious,” he added.

Ojotu, who last heard his sister’s frail voice on May 2 during a routine call from her captors, wants Kaduna State Governor Nasir El-Rufai to come to the students’ rescue.

“The kidnappers said they know the families of the abducted students can’t raise such a huge amount of money, so they asked that we meet the governor,” he told CNN. “If the governor insists on not paying any ransom, then he should ensure that the students are rescued.”

Kidnapping for ransom is rife in parts of Nigeria, including Kaduna, and has become a major security challenge in recent years. Last week, Nigeria’s President Muhammadu Buhari described the recurring incidents of abductions and killings in Kaduna state as “barbaric terror attacks.” Some state governors regularly pay ransoms to secure the safety of victims but rarely admit to doing so.

In a recent statement, the Kaduna state government said it “will not negotiate with or pay ransoms to bandits” and that “any person who claims to do so in any capacity, if found, will be prosecuted accordingly.” El-Rufai’s spokesman did not respond to CNN’s request for comment on the Greenfield abductions.

Kaduna police spokesman Muhammed Jalige told CNN on Wednesday that the police and other security forces were working to ensure that the students would be returned unhurt.

The kidnappers had threatened to kill all of the students on Tuesday if payment wasn’t made, Ojotu said, but the deadline was briefly extended.

“They called us on Tuesday and increased the ultimatum to Wednesday night. All we do at this point is pray,” he said. Ojotu told CNN on Thursday that a few parents had received last-minute calls from the kidnappers attempting to negotiate for ransom money.

Following the killings of the five students, the management of Greenfield University and families of the abducted pupils approached an Islamic cleric to serve as an intermediary with the kidnappers, Ojotu said.

Ojotu said the parents’ forum pulled together about 55 million naira ($144,000) for ransom, but it wasn’t enough to satisfy the kidnappers, who were demanding 100 million naira.

Samuel Aruwan, commissioner for the Kaduna State Ministry of Internal Security and Home Affairs, did not respond to CNN’s request for comment on the government’s reaction to threats made by the kidnappers.

Two weeks ago, Muazu Yusuf was phoned by his son’s kidnappers to retrieve his remains, after he was killed and his body tossed by the roadside.

Yusuf’s horrific experience had started a few days earlier. “On April 20, a strange call entered my phone and I heard my son’s voice saying ‘we have been kidnapped.’ Shortly after, someone with an ugly voice from the background snatched the phone from him and asked that we the parents should pay a ransom of 800 million naira to secure the release of our children,” said Yusuf.

His son, 17-year-old Abubakar Yusuf Sadiq, was among the five Greenfield University students that were killed a few days after their abduction.

“The kidnappers gave me an ultimatum of 72 hours and threatened to kill my son if I failed to comply. I had no option than to start begging and negotiating with the brigands,” Yusuf told CNN.

Negotiations were abruptly cut short as Abubakar was killed by the assailants.

“On April 23, I had gone to the mosque for Islamic prayers when I received a call from the kidnappers again and they asked me if I had received any call from the security operatives… They swiftly told me where I should go and find the corpse of my son,” Yusuf said.

“It’s a very terrible situation for me and my entire family. I just came back from the hospital with the mother of my son that was killed … She is still traumatized,” he added while faulting Governor El-Rufai for “failing to prioritize the safety of lives of citizens.”

Meanwhile, 39 students who were abducted from the Federal College of Mechanization in Kaduna on March 12 have been set free, a local police spokesman told CNN on Wednesday.

“Twenty-seven students are with us and are currently receiving medical examination,” said Jalige, the Kaduna police spokesman. Twelve other students from the school had previously been released.

Kate Bamboni, a Kaduna-based government worker, told CNN that her son, Steven Shuani Bamboni, 29, was among the students freed by their kidnappers Wednesday after two months in captivity. “I can now smile again,” Bamboni said, adding that she was unaware of any ransom payment.

Jalige told CNN that no ransom was paid for the release of the students.

“There was no payment of ransom. There was also no combat … the kidnappers released the students out of fear because they knew vividly that we were planning very well against them … we have been trailing them,” he said.