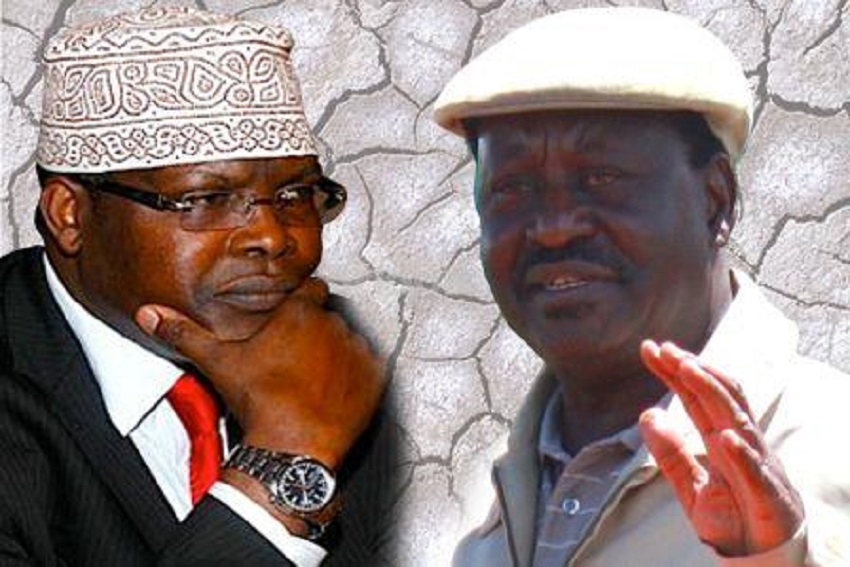 Former Nairobi gubernatorial aspirant Miguna Miguna says Opposition chief Raila Odinga made a ‘big mistake’ after he reportedly rejected a plan to have him (Raila) sworn in as president on Tuesday, November 28, the same day President Uhuru Kenyatta is set to take the oath for a second term in office.

National Super Alliance (NASA) leaders led by Mr Odinga held a meeting at the Maanzoni Lodge in Machakos County on Saturday (November 25) where the former prime minister is said to have rejected a parallel swearing-in ceremony as one of the ways to push for change in the country’s leadership.

During the meeting, it emerged that there were two different camps – one that supports a parrarel swearing-in and another that is opposed to the plan.

After details emerged that Odinga was not in support of being sworn-in, Miguna took to social media to express his disappointment saying the opposition leader should not “beg for power”.

“This is Raila Odinga’s big mistake. In 2011, Allasane Quattara bravely staked out the presidency of Côte d’Ivoire. Gambian president, Adama Barrow did the same in January, 2017. No one begs for power,” said Miguna, who recently joined NASA’s National Resistance Movement (NRM).

A section of NASA leaders including Miguna wanted Odinga to be sworn-in on Tuesday at a ceremony at Nairobi’s Uhuru Park grounds.

However, Odinga said NASA will hold its own event on Tuesday at the Jacaranda Grounds to mourn people he said were killed by the police on Friday (November 17) as he returned from a 10-day trip to the United States.

Odinga maintained NASA would not recognize Uhuru’s presidency, insisting that the opposition will continue pushing for electoral justice and government inclusion through convention of the People’s Assemblies.

Speaking to journalists, Koome said that the police priority on Tuesday during President Uhuru Kenyatta’s inauguration will be to secure Nairobi city, insisting that the opposition coalition has not informed the police of the planned event.