This woman has the largest mouth in the world, according to Guinness World Records 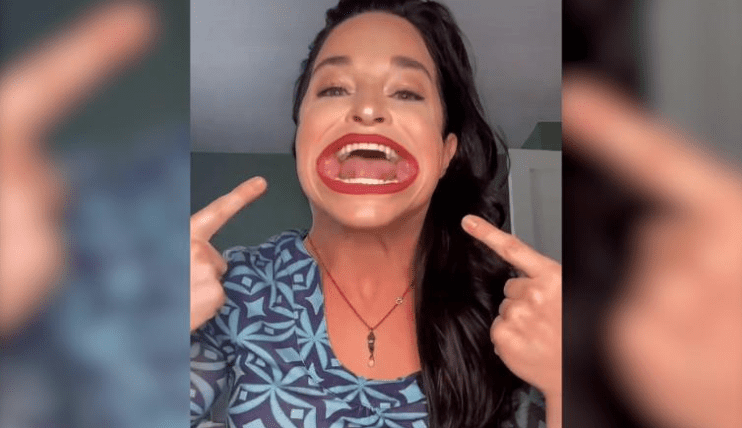 TikTok is full of users with big mouths, but one star on the social media platform just proved hers is quite literally the largest.

Guinness World Records confirmed that Samantha Ramsdell, from Connecticut, is the record holder for the world’s largest mouth gape for a female.

Ramsdell said she has always known she has a big mouth, but it wasn’t until the “children of TikTok” pointed out she may have a record-sized mouth that she was encouraged to go for the record.

“I never thought it would be possible to be this famous off my mouth,” she said.

Her videos include one of her stuffing three donuts in her mouth, a step up from her video fulfilling a request to eat two at one time. She can also fit in a large order of fries.

It wasn’t always fun and games for her though. Ramsdell said she was bullied growing up for her mouth’s size.

Now at age 31, Ramsdell embraces her unique feature for her 1.7 million TikTok followers.

She said it used to be “something that really I was so insecure about, something that I wanted to keep so small,” but it’s now “one of the biggest, best things about me.”

“It’s your superpower. It’s the thing that makes you unique and special,” she said. “Everyone should be celebrating what makes them different.”

Ramsdell hopes to one day have her own show, using her humor, wit and singing.