Thousands of Nairobi residents to be left homeless in looming demolitions 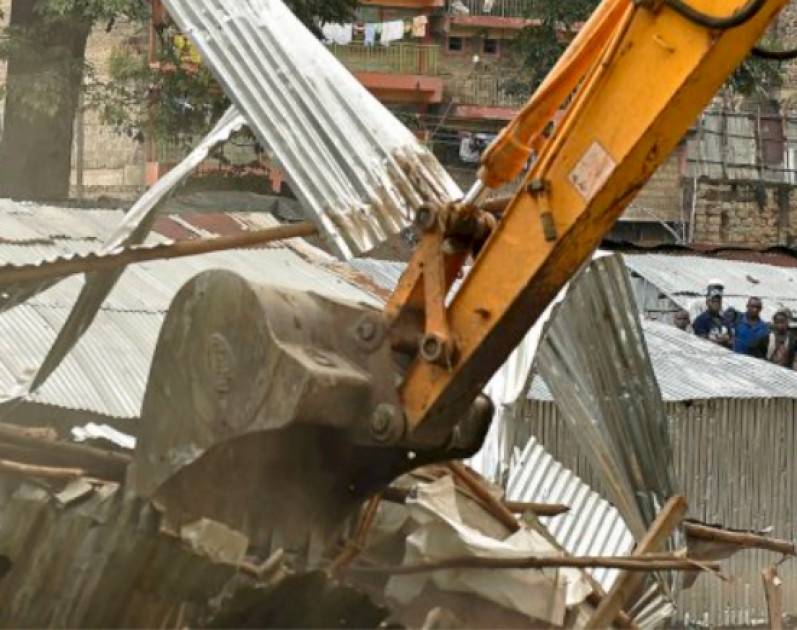 Thousands of residents of Nairobi risk losing their residences if court orders given to Nairobi Metropolitan Services (NMS) are implemented.

According to documents tabled before the Senate Committee on Devolution, almost all Nairobi Sub-counties will be affected as slum areas are earmarked for demolitions having encroached on private or public land.

This even as NMS Director-General Mohammed Badi absolved his entity from demolition activities laying the blame on the regional security committee that determines which court orders on evictions are to be effected.

Maj-Gen Badi had a hard time convincing the committee members that NMS officers were not part of the task force that carries out evictions that are mostly illegal.

“There is a committee that sits to even divide how many police officers will be involved, how many NMS officers are involved and so forth, I am sure they have standard operating procedures but if you ask me I am not involved in that operation,” Badi told the committee.

“I think you are struggling too much to wash your hands off this matter, what we are asking is not just about your personal culpability, we are asking what are the steps? What is the best practice for carrying out these demolitions? We are not trying to fix you,” the Committee chair and Homa Bay Senator Moses Kajwang posed.

In Mathare Sub County, illegal containers placed at Huruma playground by CBOs are expected to be removed from an area reported to be the only remaining venue that can hold national or major functions.

Illegal structures at Kiamaiko are also expected to be demolished.

“It will be foolhardy to say that evictions will never be done, yet people encroach in a city that needs order. Can we just establish that certain protocols should be set in terms of notice, persons affected communications, the time it’s done, the kind of criminals we see participating in such evictions before all these demolitions are done... Can we have that commitment?” Nairobi Senator Johnson Sakaja posed.