Three arrested with fake US currency worth over Ksh.1B 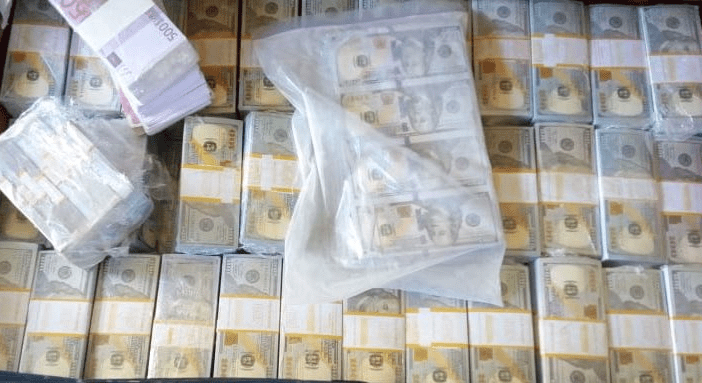 Three Kenyans were arrested after they were found with fake US currency notes worth over Ksh. 1billion ($10million) in Embakasi, Nairobi.

Joshua Odhiambo (19 years), Jane Ogenda (20 years) and Dickson Ombaso (27 years) were busted at a house in Fedha estate following a tip-off from the public.

Detectives from the Directorate of Criminal Investigations (DCI) also recovered a fake number plate, an iPad labeled GOK (Government of Kenya) and chemical components suspected to be used in processing fake money.

The suspects will remain in police custody until investigations are complete upon which they will be arraigned in court.

The incident happened barely one month after police in Embu arrested three other suspects after they were found in possession of Ksh. 100,000 fake notes.

Police have urged Kenyans to be vigilant as cases of fake currencies have been on the rise over recent weeks.