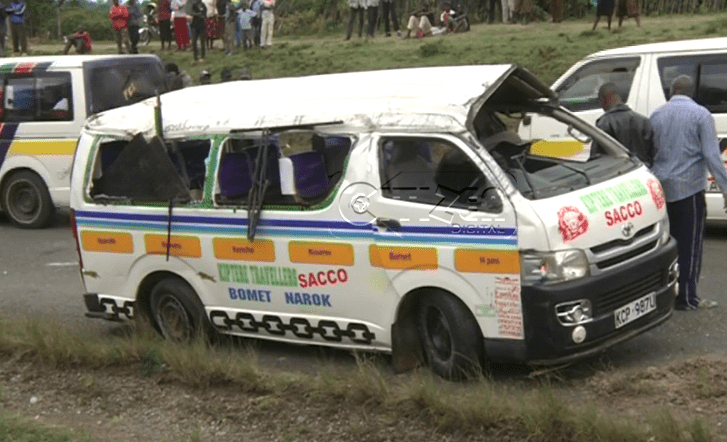 Three people died and 19 others injured on Sunday following a road accident on the Kericho- Bomet road.

The accident occurred after a 14-seater matatu travelling from Kericho to Bomet burst one of tyres causing the vehicle to roll on the highway.

The injured passengers were taken to Kaplong and Tenwek hospitals.

According to eyewitnesses, the overloaded matatu was speeding when one of the tryres burst.

Bomet County Police Commandant Naomi Ichami said two of the victims died on the spot while the other succumbed to injuries while undergoing treatment.

The driver of the matatu and his conductor are reported to be among those who died in the accident.

The wreckage of the vehicle was towed to Sotik Police Station.