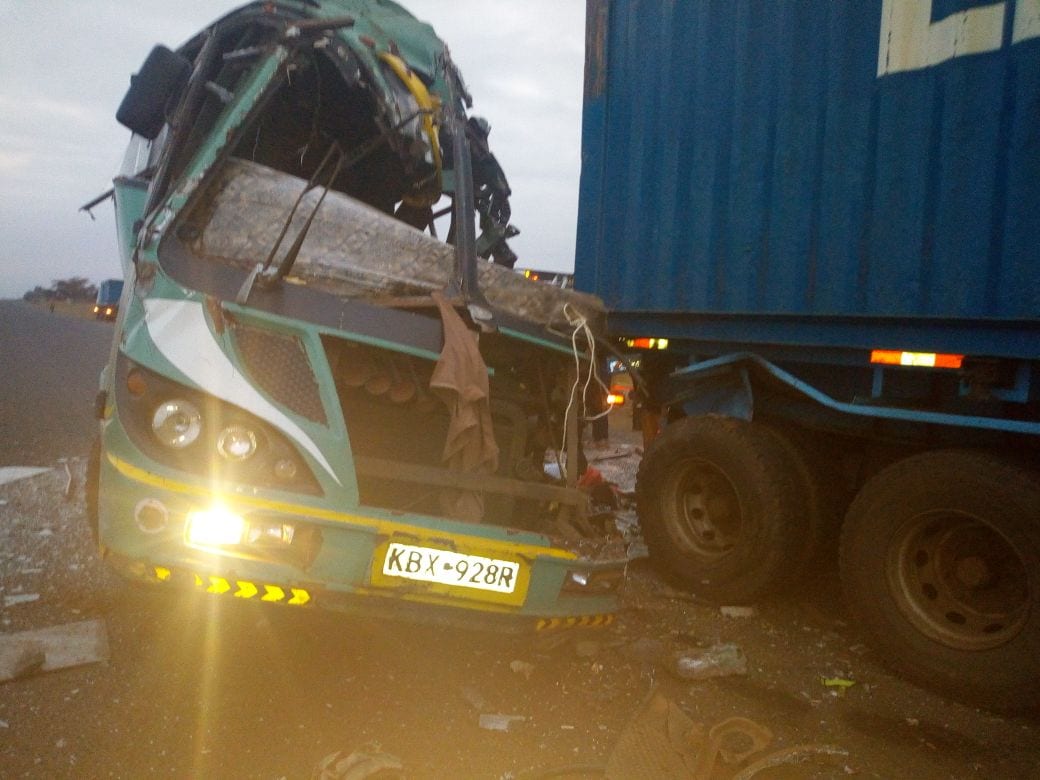 Three people have been killed and more than ten injured after a PSV bus they were travelling in was involved in an accident at Satelite on Narok-Mai Mahiu road.

According to eye witness, the Nairobi-bound Kisii Classic 52-seater bus rammed into a truck that had been parked on the roadside after it broke down.