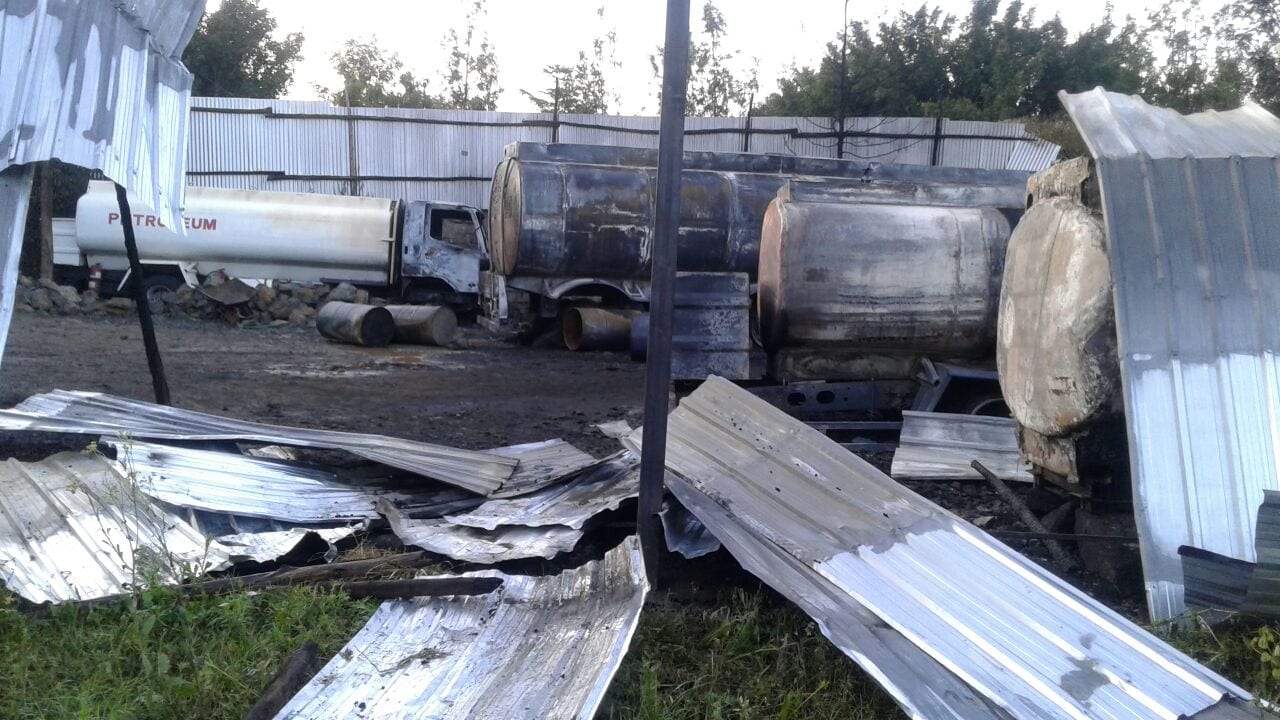 Three oil tankers are reported to have exploded at an illegal yard in Adva Estate near Toll Station in Ruiru, Kiambu County on Tuesday evening.

Administration Police officers from the area are currently manning the scene, keeping away residents and passersby as oil is said to have leaked to the trenches right outside the yard.

Residents who spoke to Citizen Digital say fire began emanating from the yard at around 10pm, accompanied by heavy explosions a while later.

The residents further said they have previously, on several occasions, smelled gas emanating from the yard which they say is an illegal siphoning point.

According to one of the residents, unknown individuals siphon oil from the tanks and into barrels and drums from within the yard.

Three tankers were completely burnt down while the fourth one caught fire on the front part. Drums and other items were also razed by the fire.

Confirming the incident, Juja OCPD Peter Manyasi said no one was injured during the accident adding that investigations into the cause of the fire had commenced.

As at Wednesday morning, however, the scene was completely cordoned off and not even the press were allowed access.

No casualties were recorded from the incident. 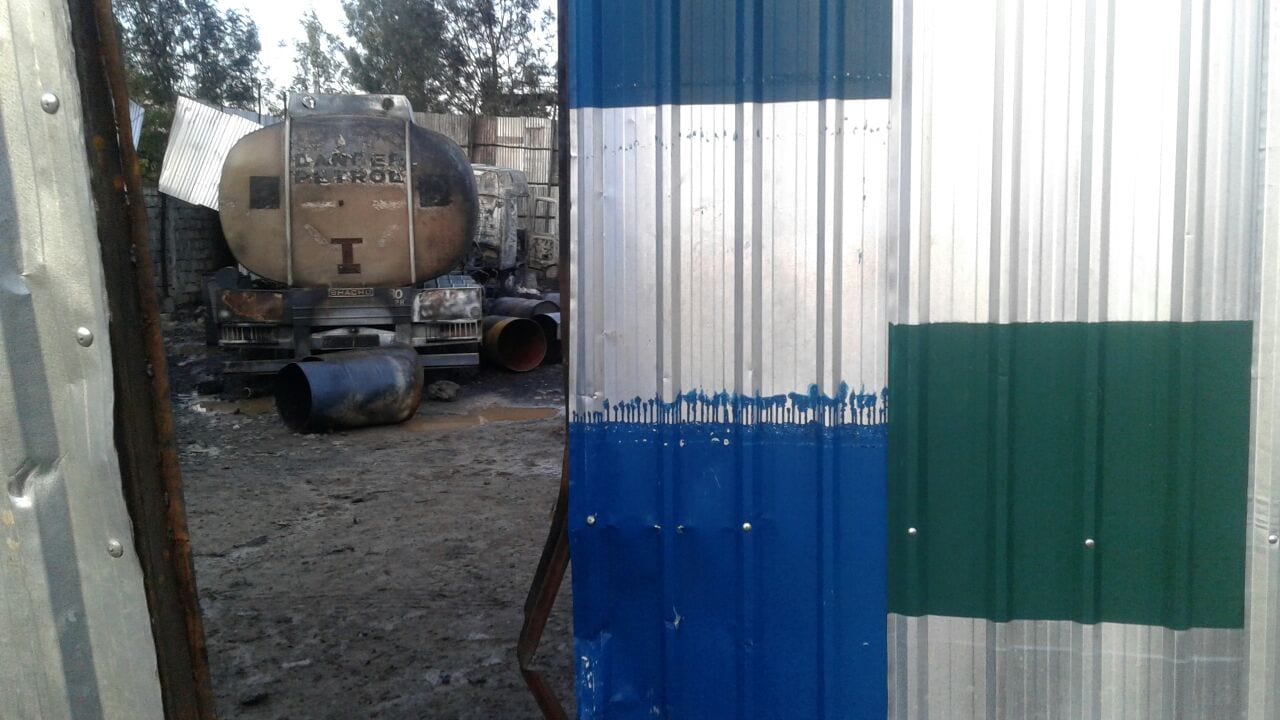 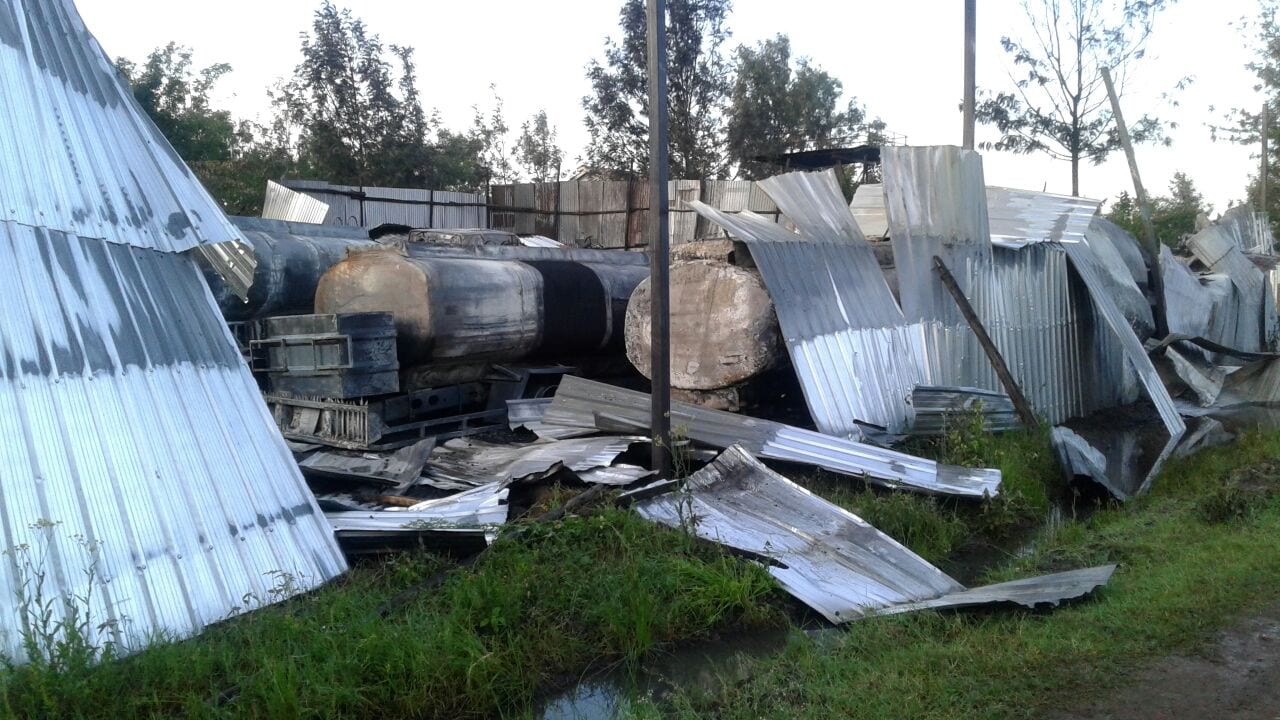 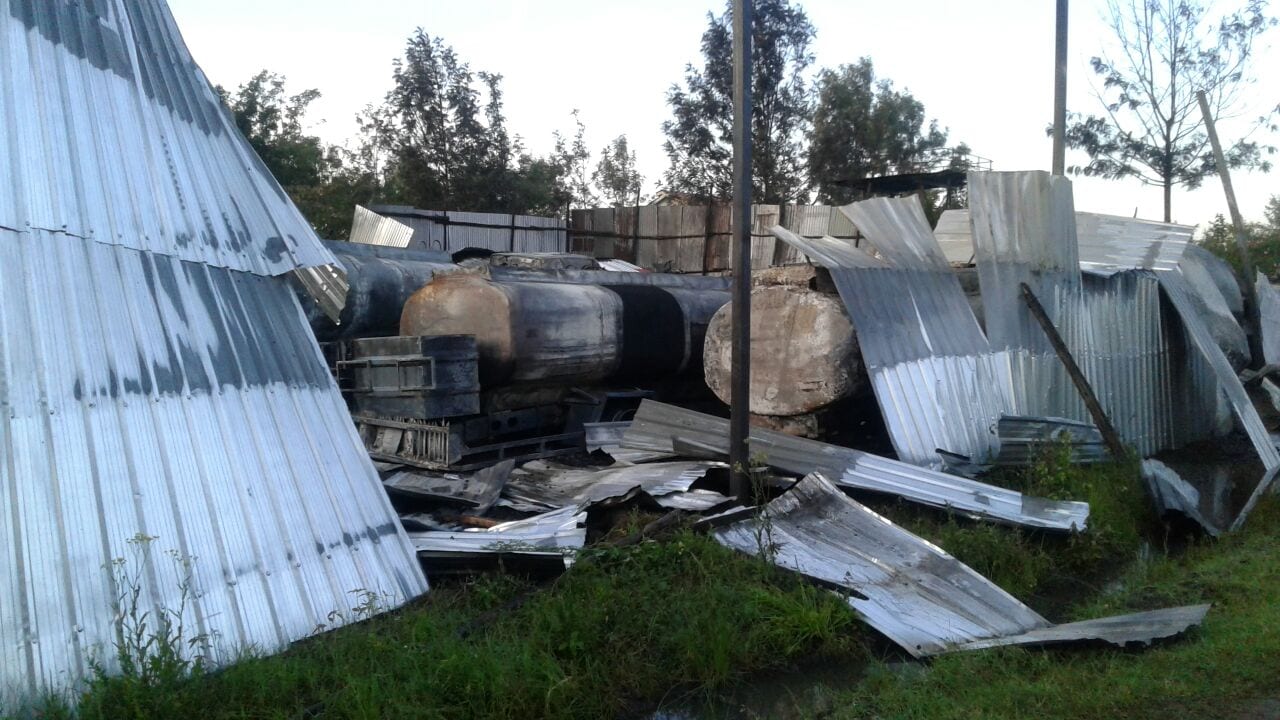 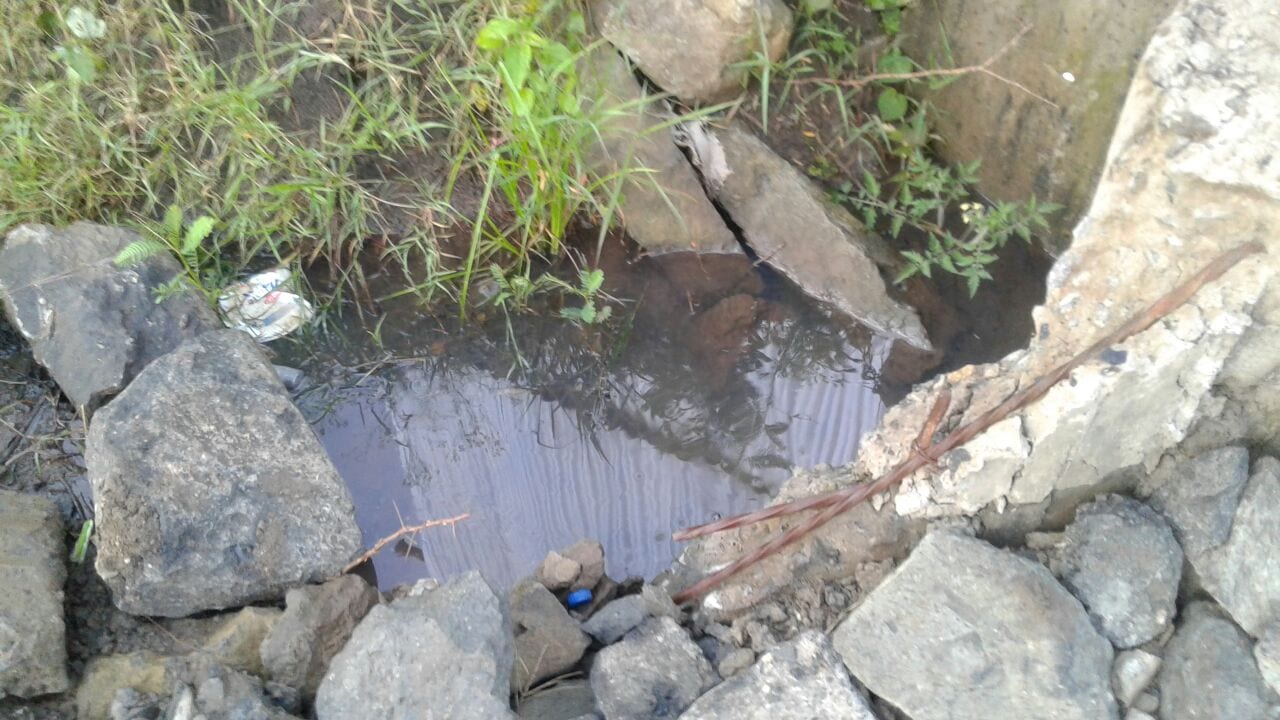 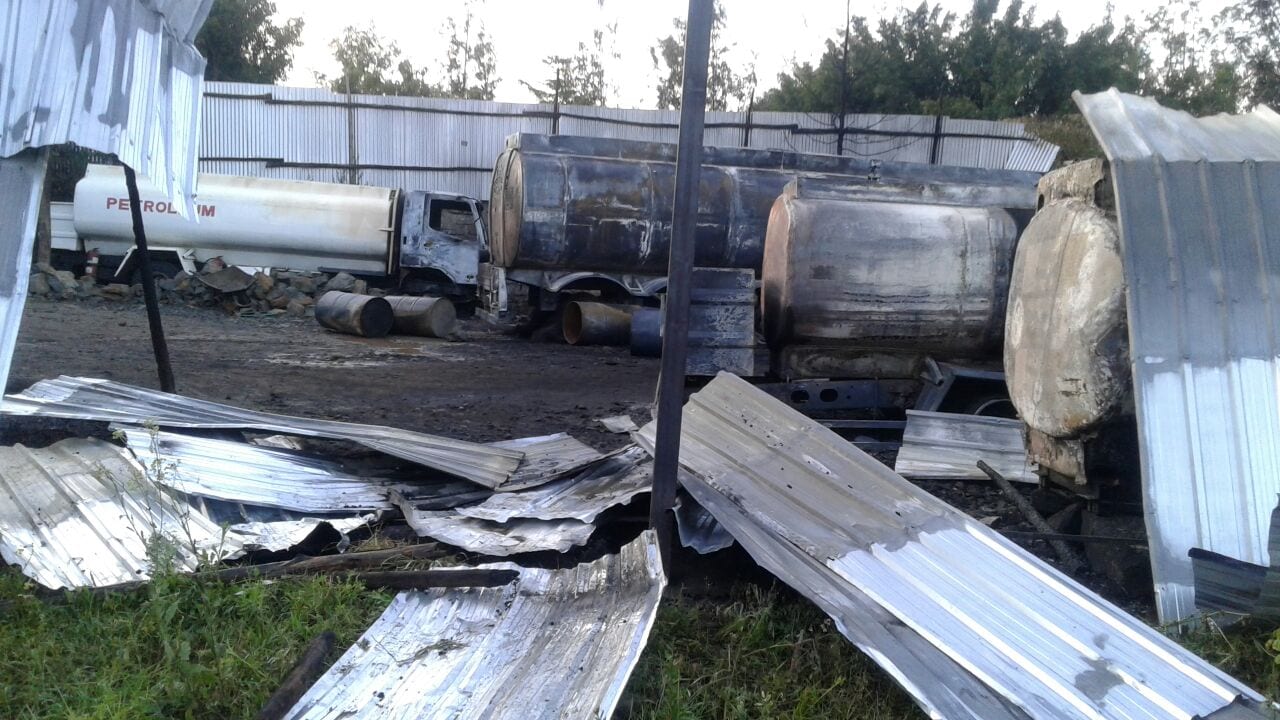