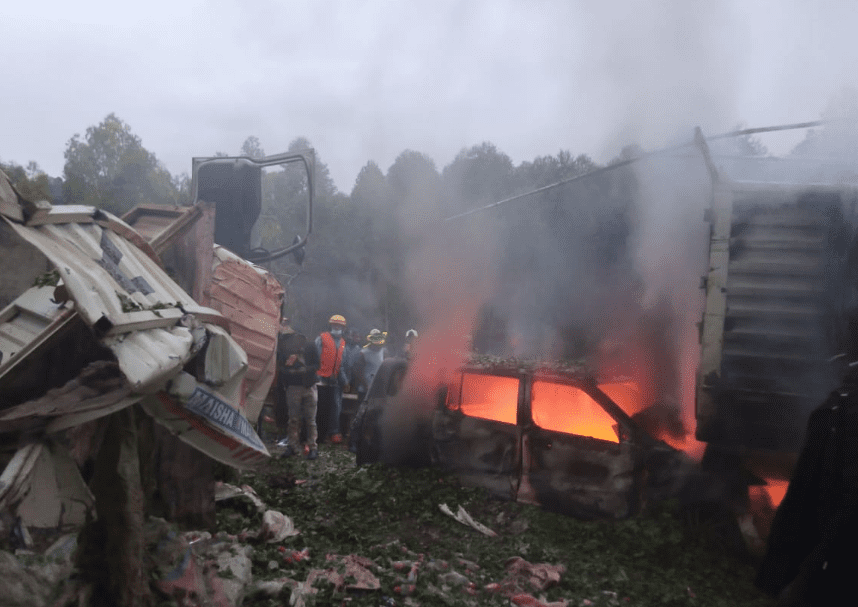 Three people died on Sunday evening in a road accident at Sagana bridge on Makuyu-Makutano Highway in Kirinyaga County.

According to the police boss, a Toyota Probox vehicle also caught fire in the accident but the driver escaped unhurt.

The bodies of the deceased were moved to Murang’a mortuary as investigations into the accident continue.