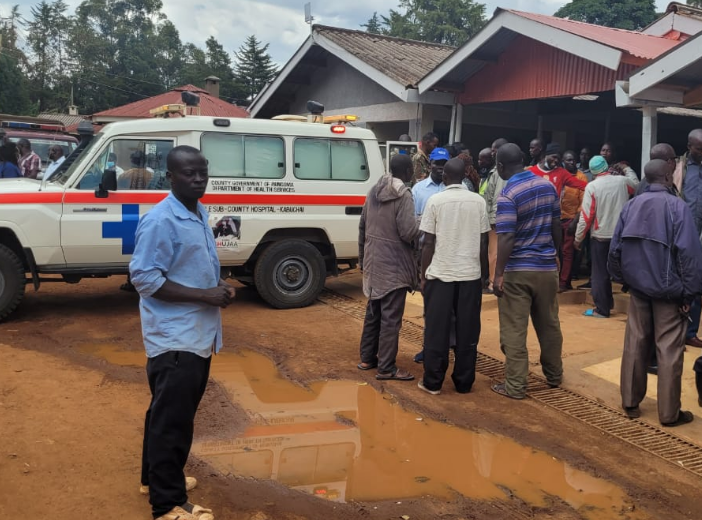 Three people are nursing gunshot wounds after they were shot by a gang of armed assailants who stole Ksh.25 million from Ushirika Bank in Kimilili, Bungoma County, on Tuesday.

Two officers, Senior Sergeant Boniface Hamisi and Police Constable Joseph Lomulen, had just ferried the money, which was supposed to pay coffee farmers, to the bank when the incident occurred at around 1:30pm

According to police reports, the thugs overpowered the officers before focusing their attention on the bank manager who had just received the cash.

The trio were rushed to Kimilili sub-county hospital for first aid and later referred to the Moi Teaching and Referral Hospital, Eldoret, in stable condition.

Residents led by Kimilili MP Didmas Barasa cited that cases of insecurity have been mushrooming in the region.

Barasa similarly urged Inspector General of Police Hilary Mutyambai to transfer all police officers who have been stationed in the area for many years.