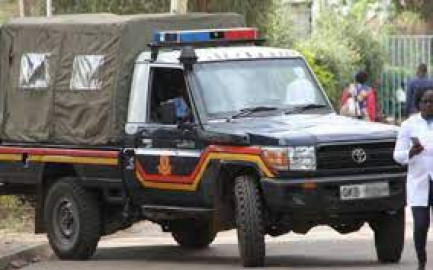 Trans Nzoia detectives have rescinded findings from preliminary investigations conducted into the murder-suicide case of a police couple, after an autopsy was conducted on the pair on Tuesday.

This follows the Monday death of Police Constables Abel Andari and his wife Dorcas Chebet, with preliminary investigations concluding that Chebet fatally shot Andari twice before turning his State-issued firearm on herself following a domestic dispute.

The autopsy, conducted by pathologist Dr. Dennis Nanyingi, has however revealed that Andari killed his wife before taking his own life, contrary to what had been perceived initially.

“The bullet entry point in his chest was surrounded by four partially burnt patterns and dark spots, indicating the G3 muzzle flashpoints. It means he raised the gun upward in an inclined position pointing while pressing hard to his chest before pulling the trigger,” the pathologist is quoted as saying by the Nation.

Andari, the report says, broke his ribs and ruptured his lungs during the incident while Chebet, who was shot twice, had a broken cheekbone and significantly damaged skull with a bullet found lodged in her head.

According to eye witness accounts, the incident occurred after Chebet went to demand her mobile phone from her husband who was stationed at Kiminini Police Station.

Andari is said to have confiscated the phone earlier as he suspected that his wife was cheating on him with another man.

Despite the post-mortem results having been tabled, Trans Nzoia County Criminal Investigation Officer Francis Kihara stated that investigations into the matter will continue until a detailed report of the incident is finalized.