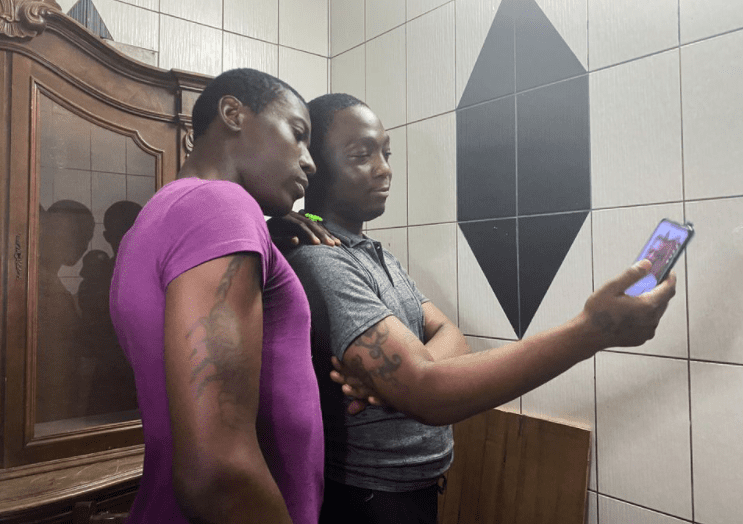 The five months that two transgender women in Cameroon spent in prison were “hell”, one of them told Reuters on Friday after they were released, describing how they were initially forced to sleep with chains around their legs.

Shakiro and Patricia left Douala’s main prison in a taxi after a judge ordered them freed until a court could hear an appeal of their five-year sentences.

They were arrested on Feb. 8 for wearing women’s clothing in a restaurant and convicted of “attempted homosexuality,” public indecency and failing to carry identification.

“Prison is hell. It’s hellfire. Especially when they accuse you of homosexuality,” said Shakiro, a celebrity in Cameroon with thousands of social media followers, during an interview at her family’s house.

“They put chains on our legs, something that is not normal,” she said. “That day we slept with those chains and we paid money for them to remove the chains.”

A spokesperson for Cameroon’s justice ministry did not immediately respond to a request for comment.

Human rights activists say the arrests reflect a growing criminalisation of sexual minorities in Cameroon. Their appeal is expected to be heard in September.

“This day is the most beautiful day of my life because I did not believe that these children would make it out of prison with their health intact,” Shakiro’s mother, Josephine Njeukam, told Reuters.