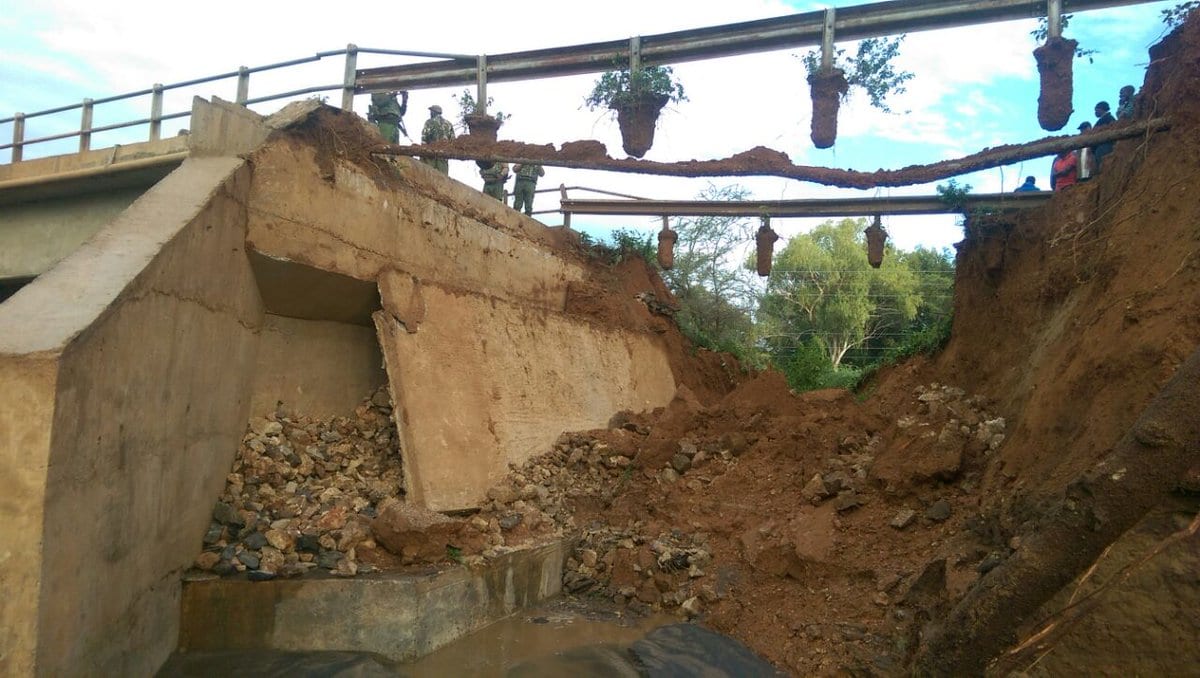 Motorists travelling to and from Turkana County were left stranded after a major bridge collapsed on Sunday evening following heavy rains experienced in the area.

The collapse of Kainuk bridge, which connects Turkana county to the rest of North Rift region, temporarily cut off transport between Kitale and Lodwar towns on Sunday night and better part of Monday.

Kenyans took to social media to lament saying that the bridge occasionally collapses whenever there is heavy downpour.

“Nearly every rainy season, the Kainuk bridge in Turkana gets damaged and every time, a new tender to reconstruct it is handed out,” tweeted Saddique Shabban, a sports journalist.

Nealy every rainy season, the Kainuk bridge in Turkana gets damaged and every time, a new tender to reconstruct it is handed out. #TheGameOfGraft pic.twitter.com/XsKS2v8Omg

Some of the passengers were forced to seek alternative means to reach their destinations.

Kainuk bridge along Kitale-Lodwar highway has collapsed. Travellers climb over the bridge by aid of a ladder pic.twitter.com/zcUnO8cUAW

Flash floods have washed away Kainuk bridge, cutting off Turkana County from the rest of Kenya. Can @KeNHAKenya send engineers urgently? pic.twitter.com/BcaK7tXhAz

The Kenya National Highways Authority were swift to take action assuring residents that transport will be restored on the highway; “Repair of the damaged section commenced today morning at 9am and we are working determinedly to ensure passage of traffic is restored in the next two days.”

On October 21, more than 40 passengers narrowly escaped death after the bus they were travelling in was swept away by flash floods on the Kitale-Lodwar highway. The incident came two days after the Kenya Meteorological Department had warned Kenyans of heavy rainfalls in most parts of the country.