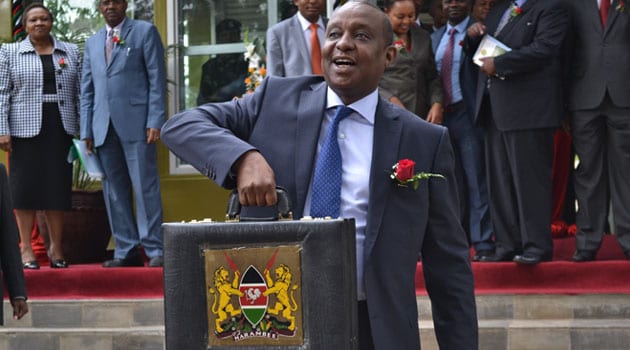 Treasury Cabinet Secretary Henry Rotich has revealed that Kenya is experiencing a shortfall of revenue to the tune on Ksh.70 billion.

Mr. Rotich, who was appearing before the Senate Finance Committee was at pains to explain why there were delays in disbursement of funds to the county governments and instead promising that funds would be released by June.

“We are running short of revenue. There was a slow down in business activities because of elections but we are now catching up,” said Rotich.

The CS however noted that Treasury had already disbursed Ksh.134 billion to counties, an amount he said represented 43% of the monies supposed to be disbursed.

Mr. Rotich however told the Senate that plans were underway to amend the division of revenue bill to reduce allocation to counties by Ksh.15 to Ksh.17 billion.

“The deficit has implications on the expenditure, we have already started austerity measures in the national government and we asking governors to do so too,” said CS Rotich.