Trouble in Wiper as Kalonzo tells off Muthama 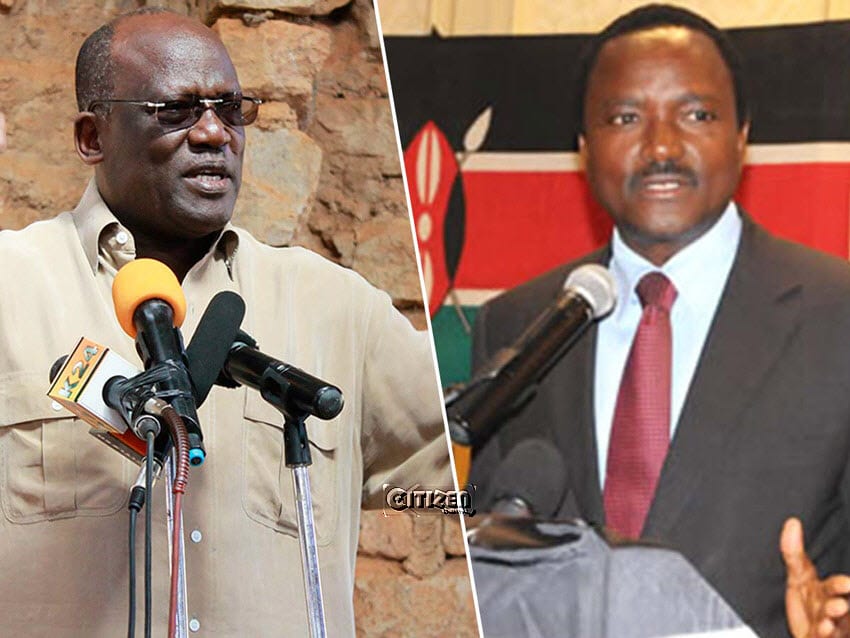 The once seemingly rosy relationship between Wiper leader, Kalonzo Musyoka, and his close ally Machakos Senator, Johnstone Muthama, is under threat following a brewing disquiet between the two with reports of disagreement between the two on Saturday, November 12 at Sultan Hamud making headlines.

During the meet-the-people tour, Kalonzo told off Muthama accusing him of trying to push the people of Ukambani into supporting Raila Odinga over him as the Coalition for Reforms and Democracy’s (CORD) presidential aspirant.

“We would all want to be in one party, but that is not possible. Let us not take advantage of my trip to create divisions in Wiper. Muthama can disagree with me on this, he is allowed to,” said Kalonzo.

“I carry the final word because I hold the vision of the party and if Muthama continues to undermine my effort to become CORD’s presidential candidate, the people of Ukambani will rip off his trouser, like was the case in Parliament (in reference to December 2014 during the Occupy Parliament protest against the Security Bill).”

Kalonzo accused Muthama of working with Siaya Senator, James Orengo, to undermine his efforts to be CORD’s presidential candidate.

“I am fully aware of what you have been doing behind my back with Orengo to pre-determine the outcome of CORD presidential primaries and deny me the ticket.”

“You (Muthama) must convince Wiper supporters that the ticket you are pushing (Raila) can deliver victory for CORD,” added the seemingly furious Kalonzo.

Muthama has in the past said that CORD has already settled on its presidential candidate in the 2017 election who will face President Uhuru Kenyatta in the 2017 General Election.

It is believed that both Muthama and ODM brigade have settled on Raila as their candidate though no official communication has been issued on their stand.

Wiper has convened a National Executive Council (NEC) meeting to deliberate on the matter, among other things.