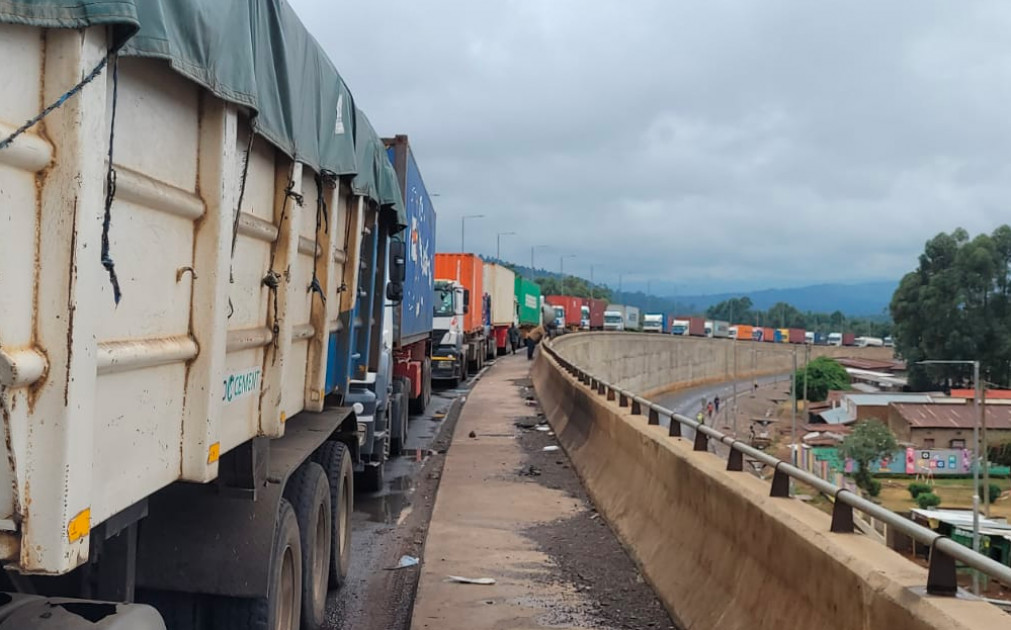 Long-distance truck drivers along the Northern Corridor highway have blamed the slow Covid-19 testing at Malaba border for the persistent traffic snarl-up being witnessed.The huge snarl-up has cut across three Western counties of Busia, Bungoma and part of Kakamega stretching for about 80 kilometres up to Lwandeti.The traffic jam has persisted despite last week’s decision by the Ugandan government to suspend a Covid-19 testing fee of Ksh.3600.Uganda had introduced the fee in late December for all truckers passing through Malaba border.The truckers who spoke to Citizen Digital said they want more health officials deployed on the Kenyan side of the border to conduct rapid Covid-19 tests on the truck drivers crossing into Uganda.This jam that has now stretched for about 80 kilometres is now on its third week yet we knew that it would soon be over after the Ugandan government agreed to heed our demands.They said that the jam has continued to grow even worse and subjecting the drivers to untold sufferings."As for me I left this Jam last week when it was at Kimaeti area heading to Rwanda and I have come back gone to Mombasa where I have to spend about four days and am now back here where it has caught me here at Webuye where I have been for about three days," he said.Mr Juma said the traffic usually flows at night but during the day its stagnant."At night when you decide to move you end up being caught in an accident and when you decide to sleep you are overtaken in the queue," he said.Nelson Mureithi, another truck driver ferrying goods from Mombasa to Kampala, said the transport industry has employed lots of Kenyans who deliver goods to Uganda and other East African countries to help fend for their families yet they are going through tough times without the government considering their plight.He said that some of the truck drivers who have tried to overtake and overlap others have ended up being beaten by fellow truck drivers.On Sunday evening, a number of drivers who tried to overlap were attacked and beaten up by other drivers with three being rushed to Webuye County Hospital with serious injuries.