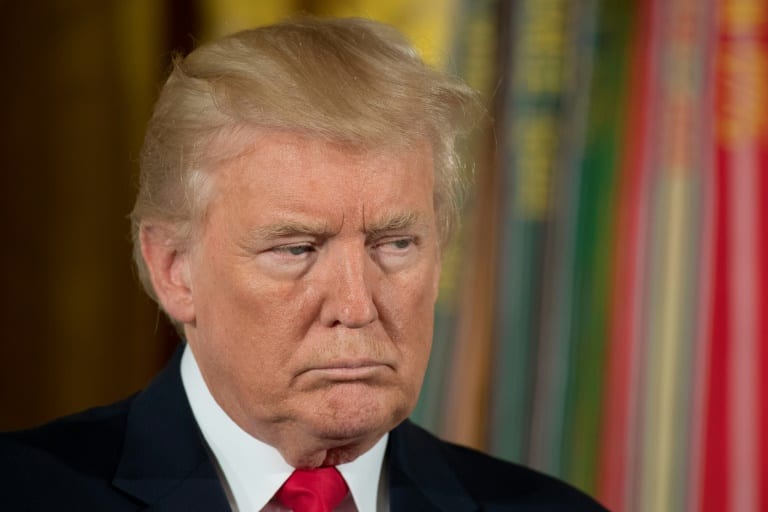 US President Donald Trump continues to attract condemnation for withdrawing from the Paris Agreement, the global pact meant to reduce the impacts of climate change.

Speaking during a World Bank meeting taking place in the Asian country Lao to discuss strategies to preserve global forests in developing countries, Mithika Mwenda, the Head of the Civil Society Coalition Pan African Climate Justice Alliance (PACJA) said the US President’s intention is to dismantle the Agreement to suit his whims.

“We were confronted by the threat by US President Donald Trump to dismantle the Paris Agreement, apparently, putting at stake the current global outlook of climate response policies and actions, including the very REDD+ Programme which has made such strides in facilitating forest conservation and protection,’’ said Mithika on behalf of a joint statement by the Southern CSOs.

Mithika, however, expressed confidence that Trump’s lone-ranger antics will not stop the groundswell of climate action triggered by the Paris Agreement.

“As the people at the frontline of climate change impacts,” he noted, “we see President Trump’s action as an opportunity to galvanize like-minded people, governments, US Governors, the Private Sector and masses worldwide.”

The meeting was held under the auspices of the Forest Carbon Partnership Facility (FCPF), a Multi-Donor Fund established to create incentives for developing countries to conserve forests as carbon sinks under the UN-sanctioned Programme, Reducing Emissions and Forest Degradation in Developing Countries (REDD+).

Around 50 countries in the global South Africa, Asia Caribbean and Latin America have received millions of Dollars in the readiness Programme, a progress of capacity building which will run until 2020.

During the meeting in Lao’s town of LuangPrabang, around 20 Million  US Dollars were committed to support readiness activities in several countries.