Trump and Democrats prepare for a reset in 2019 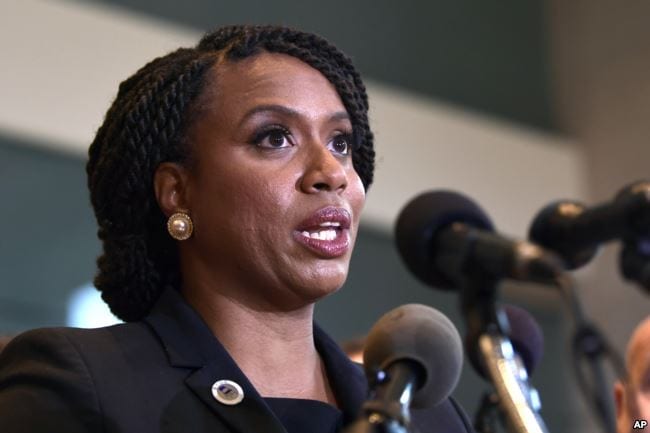 The year 2018 proved to be one of change in U.S. politics. Opposition Democrats won back control of the House of Representatives in the November midterm elections, and that could have a profound impact on the next two years of Donald Trump’s presidency.

A preview of what the year ahead could look like came in the December 11 Oval Office meeting between President Trump and Democratic congressional leaders Representative Nancy Pelosi and Senator Chuck Schumer.

The verbal jousting over the president’s demand for a border wall with Mexico is likely the first of many partisan showdowns ahead given that Democrats will hold the majority in the House beginning in early January.

“Democrats will certainly use their majority to highlight some differences with Donald Trump and to investigate the Trump administration,” said John Fortier of the Bipartisan Policy Center, a recent guest on VOA’s “Encounter” program. “And then we will be spending this year leading into the presidential election of 2020, so it is a transition year.”

Democrats fueled their midterm victory with opposition to President Donald Trump spurred by a strong turnout from women and progressive voters on behalf of candidates like Massachusetts Democrat Ayanna Pressley.

“We have affirmed that while this could go down as the darkest time in our history, we will not let it be. And instead, we will be defined by our hopes, not our fears,” Pressley told supporters on election night.

Democrats picked up 40 House seats but Republicans bolstered their majority in the Senate and will hold a 53-to-47-seat edge in January.

Even though Trump now faces the prospect of a stalled legislative agenda and numerous oversight investigations launched by House Democrats, he remains defiant.

“Almost from the time I announced I was going to run, they have been giving us this investigation fatigue. It has been a long time,” the president told a White House news conference shortly after the election. “They have got nothing. Zero. You know why? Because there is nothing. But they can play that game but we can play it better.”

Deal or no deal?

But Democratic control of the House will force the president to adjust to a new political reality, according to University of Virginia expert Larry Sabato.

“Trump has faced relatively few problems in dealing with Congress [in his first two years] at least compared to other presidents who were dealing with one or both branches being controlled by the opposition party,” Sabato told Associated Press Television.

Trump can boast of his tax cut passed by a Republican Congress and his two Supreme Court appointments approved by the Republican-controlled Senate.

But next year, without full Republican control of Congress, and with an eye on an approaching re-election campaign, Trump could be more interested in cutting some deals with Democrats.

Jim Kessler is with the center-left policy group Third Way.

“At this point we have not seen Donald Trump really have the ability to work with Democrats to cut any sort of deal in the first two years,” Kessler told VOA. “So, Mr. ‘Art of the Deal’ has really fallen short and we will see if that is possible this time.”

Also looming on the horizon for the Trump White House in 2019, though, is the Russia investigation, which could move toward a conclusion in the coming months.

“This is a watershed year coming up for President Trump,” said Tom DeFrank of the National Journal, who has covered Washington politics for 40 years. “I mean, he [Trump] is going to have to confront whatever it is that Robert Mueller says about him or alleges, and I think it is going to be a difficult year for him.”

Trump will be increasingly focused on the next presidential election, but so will scores of Democrats who hope to defeat him in 2020, said University of Virginia analyst Guian McKee.

“You know, I think the reality is that the 2020 campaign has begun. That is probably unfortunate, but that shapes everything going forward,” said McKee.

Given the political reset between Congress and the White House and the uncertainty of what the Russia investigation will find, what happens in 2019 could go a long way to determining whether Donald Trump is a one-term or two-term president.