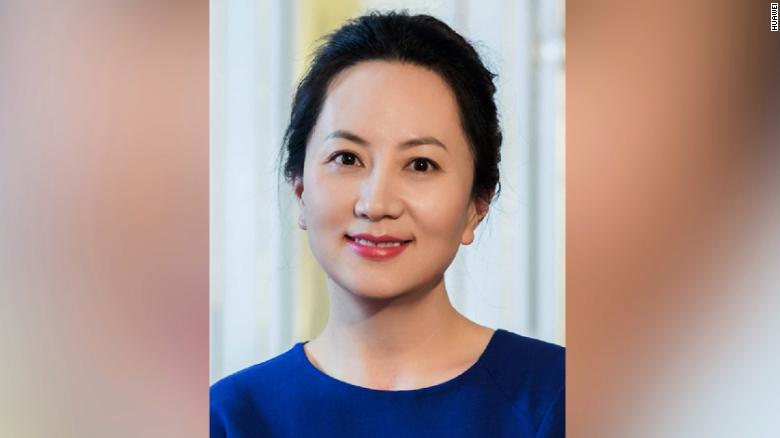 President Donald Trump said Tuesday his administration is open to using the arrest of Huawei chief financial officer Meng Wanzhou as a bargaining chip in ongoing trade negotiations with China. Asked by Reuters in an interview if he would intervene in the case, Trump said, “Whatever’s good for this country, I would do.” He continued, “If I think it’s good for what will be certainly the largest trade deal ever made — which is a very important thing — what’s good for national security — I would certainly intervene if I thought it was necessary.” Trump’s comments are unlikely to calm growing fury in China amid repeated claims in the country’s state-run media that Meng’s detention is politically motivated. “The US and Canada are undoubtedly abusing their justice systems … Washington should not attempt to use its domestic laws as strategic support for its commercial and diplomatic competition,” an editorial in state media tabloid Global Times said Wednesday. China formally protested to the ambassadors of both Canada and the US over the weekend. Meng was arrested December 1 in Canada during a layover at Vancouver International Airport at the request of the US government. The United States alleges that Meng helped Huawei get around US sanctions on Iran by telling financial institutions such as HSBC that a Huawei subsidiary, Skycom, was a separate and unaffiliated company. Meng was released on a $10 million Canadian bail ($7.5 million US), after a judge in Canada granted her request earlier Tuesday. She faces extradition to the United States. As a condition of her release, Meng has agreed to surrender her passports and live in one of her homes in Vancouver. She will also pay for a round-the-clock security detail and wear a GPS ankle bracelet. In a statement following her release on Wednesday, Huawei said it hoped the US and Canada could finish Meng’s case “fairly and in time.”

Trump’s statement signaled that the arrest of the tech giant’s CFO in Canada could play a major role as the US and China continue trade talks, which began December 1 with the meeting of the President and his Chinese counterpart, Xi Jinping. The talks are expected to last 90 days, ahead of a March 1 deadline imposed by the Trump administration, after which they have threatened to introduce tougher tariffs if no deal is reached. But Meng’s arrest shortly after Trump and Xi’s meeting alarmed investors and solidified doubts about the already fragile trade truce between the US and China. Trump told Reuters he has not yet spoken with Xi about the case. “They have not called me yet. They are talking to my people. But they have not called me yet,” he said. Despite the tensions with Beijing, trade talks appear to have continued without pause. The President told Reuters that his administration would “probably” have additional in-person meetings with key officials and their Chinese counterparts, noting that negotiations are taking place via telephone, and, if necessary, he would be open to meeting with Xi again. US Trade Representative Robert Lighthizer is leading the US side of the talks. The US Justice Department has declined to comment to Reuters on the case. Meng faces “serious charges of fraud involving millions of dollars” in the United States, according to the affidavit of a Canadian law enforcement official. She could receive substantial jail time if convicted, the statement said. Former Canadian diplomat arrested Trump’s suggestion that the executive could be used as a bargaining chip has raised fears for the safety of US and Canadian executives inside of China. On Tuesday night, news broke that a former Canadian diplomat, Michael Kovrig, had reportedly been detained in China, according to a statement from his current employer, an NGO called the International Crisis Group. The Crisis Group called for Kovrig’s immediate release on Wednesday, claiming he had been taken by Chinese State Security in Beijing. “(We) have received no information about Michael since his detention,” the statement said. The Chinese government has yet to comment on Kovrig’s disappearance. While Beijing frequently harasses foreign NGO workers, it is very unusual for one to be detained for more than 24 hours. Both US and Canadian officials have said they are looking into the reports, with Canadian Prime Minister Justin Trudeau saying his administration is in touch with Chinese officials. The move comes amid a mounting backlash inside of China. Across the country, companies and business groups have called for workers to boycott US products, including Apple, in favor of local options such as Huawei to show their support.

Some even offered economic incentives to workers if they bought Huawei technology, including 15% subsidies.
On Sunday, the People’s Daily, the official mouthpiece for the Chinese Communist Party published an editorial appearing to warn of further repercussions.

“To treat a Chinese citizen like a serious criminal, to roughly trample their basic human rights, and to dishonor their dignity, how is this the method of a civilized country? How can this not make people furious?” said the editorial. The boycott has echoes of previous protest movements in China which have followed perceived insults to the country. In 2012, Japanese companies were attacked and at least one person was killed amid mass demonstrations staged throughout China over a territorial dispute with Japan. Similar scenes occurred in 2008, after the French government appeared to lend its support to Tibetan independence advocates.