How Trump may have covered up hush payment scheme 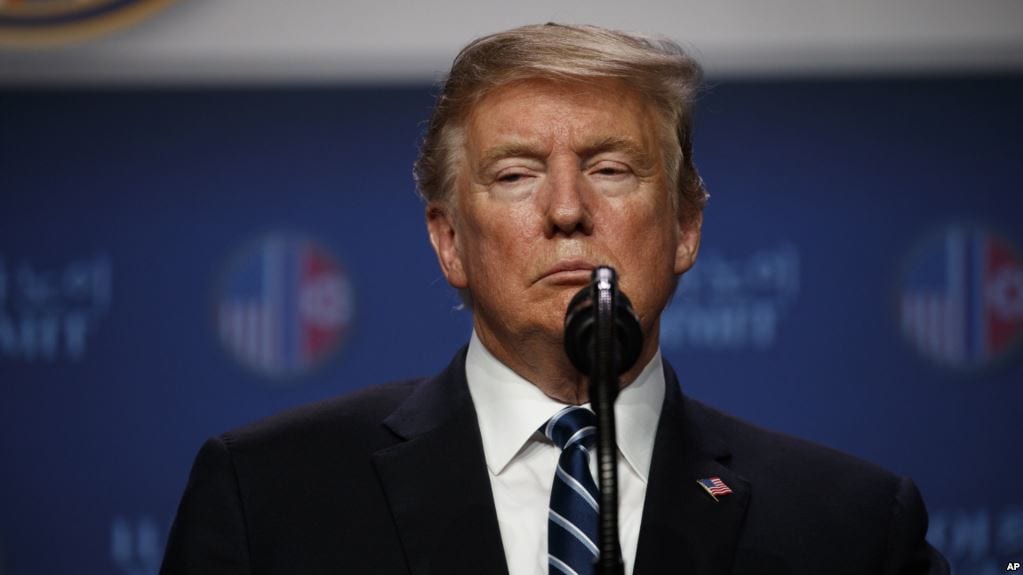 It barely registered with lawmakers during disgraced lawyer Michael Cohen’s dramatic congressional testimony Wednesday about President Donald Trump’s alleged misdeeds throughout the 2016 presidential campaign and his first year in office.

The investigation by the House Committee on Oversight and Reform is part of a wide-ranging probe by newly empowered House Democrats that is gaining momentum two months after Democrats regained control of the chamber. At least three other House panels, the Intelligence, Judiciary and Ways and Means committees, are mounting related investigations of Trump and his associates.

Scott Amey, general counsel of the Project on Government Oversight in Washington, said Trump could potentially face civil or criminal charges of submitting false or fraudulent government financial disclosure forms to hide his involvement in paying hush money during the campaign.

“That could be a major problem and it could be some low-hanging fruit for the Committee on Oversight and Reform to take up in going after Trump if they so choose,” Amey said.

While the potential ethics violation has received little attention until now, some experts say it may rank in seriousness along with higher profile problems, such as allegations Trump violated campaign finance laws and colluded with the Russians during the 2016 election.

The president’s lawyer, Rudy Giuliani, has acknowledged the hush money payment but has said it did not violate campaign finance laws because it came from Trump’s personal funds rather than his campaign.

Cohen paid Daniels $130,000 and arranged for a payment of $150,000 to McDougal after both women threatened to go public with their stories of sexual relations with Trump just as the Republican candidate was close to locking down his party’s nomination. Trump has denied their allegations.

Cohen detailed how he received $420,000 from Trump for his efforts to buy the silence of Daniels. The reimbursement included $130,000 for the hush money payment; $50,000 for “tech services” both of which were doubled for tax purposes, as well as a $60,000 bonus. The payment was spread out over 11 months to make it appear Cohen was receiving monthly payments for ongoing legal services.

Cohen has been sentenced to three years in prison for financial crimes as well as for lying to Congress and violating campaign laws in connection with the hush money payments to the two Trump accusers.

After Cohen’s testimony Wednesday, Democratic lawmakers said the former Trump lawyer may have implicated the president in committing a crime while in office. In a report released this week, the ethics watchdog Citizens For Responsibility and Ethics in Washington said Trump could potentially face eight criminal charges in connection with the hush money payments.

In a flurry of tweets Friday, Trump blasted his former attorney as “totally discredited” and wrote that Cohen had made “fraudulent and dishonest statements” during his testimony.

In recent weeks, House Oversight Committee investigators have zeroed in on Trump’s failure to fully disclose the Cohen payments in his annual financial disclosure forms. Investigators are demanding documents from the White House and the Trump Organization, and asking the president’s lawyers to answer their questions.

All senior government officials — including the president — are required to file with the Office of Government Ethics annual financial disclosure forms, listing their assets and liabilities. OGE regulations require that each disclosure form describe liabilities in excess of $10,000 and identify the creditor.

In his 2017 financial disclosure form, Trump left out all that information. In his 2018 form, he noted cryptically that he’d “fully reimbursed” Cohen for unspecified expenses in the amount of $100,000 to $250,000, far less than what Cohen had actually received.

The June 2018 filing came as the hush money scandal broke and government ethics officials contacted Trump’s lawyers for an explanation, demanding the president revise his report if he owed Cohen any money in 2016.

Notes of conversations between OGE officials and Trump lawyers in April and May 2018, and obtained by the House Oversight Committee, show the president’s attorneys struggling to offer a consistent answer. The president’s tax lawyer, Sheri Dillon, initially maintained that she did not believe that Trump owed Cohen any money in 2016.

Passantino and Dillon did not respond to requests for comment.

Filing a false financial disclosure could result in a civil penalty, such as a fine or prosecution by the Department of Justice, although the Justice Department, as a rule, would not prosecute a sitting president. But illegally withholding information from ethics officers regarding illegal campaign finance transactions could become grounds for impeachment, if House Democratic leaders eventually decide to pursue that course of action.

“There is a likelihood President Trump violated that law when he submitted these financial disclosure forms that were either missing liabilities or misrepresenting them,” said Amey, of the Project on Government Oversight. “All of that taken as a whole could put the president in some hot water for filing a fraudulent or misleading financial disclosure statement.”