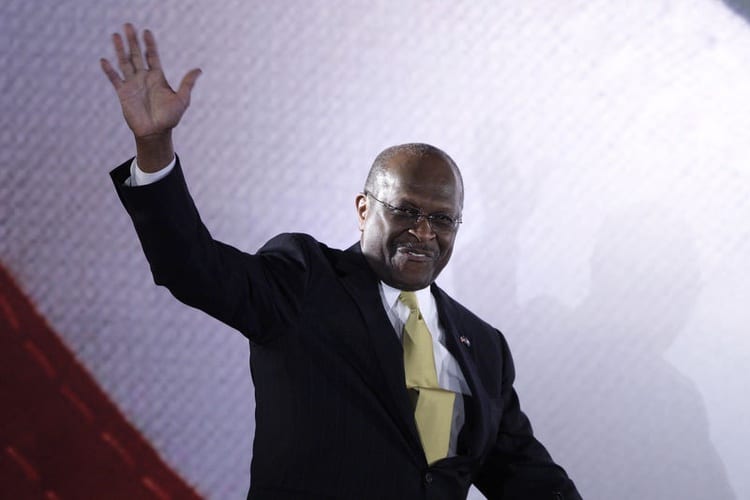 Multiple sources had earlier reported Trump wanted Cain to fill one of two vacancies on the seven-member Fed board.

The White House did not immediately respond to a request for comment on the reports.

Trump has been a vocal and strident critic of Fed Chair Jerome Powell, whom the president picked two years ago for that post and whose interest rate hikes Trump has called mistakes that have hurt the economy.

The Fed has since put its rate hikes on hold, citing a slowdown in growth as well as global and other risks.

In Cain, Trump may have found a likeminded thinker. Cain in February told Fox Business Network he believed deflation is a bigger worry, a view that suggests he is not inclined to support rate hikes aimed at keeping inflation in check.

Still, Cain’s policy views are not entirely clear: in the same February interview, he said he wanted to use wages as a factor in deciding monetary policy, which in the context of recently rising pay could suggest he would support rate hikes.

Cain, who is 73, served in the 1990s as a director at the Kansas City Fed, one of 12 regional Fed banks that help process payments in the U.S. banking system and whose presidents take turns voting on rate policy.

Cain made his fortune as chief executive of Godfather’s Pizza before launching a bid for the Republican presidential nomination in 2012.

He led opinion polls for a while during the Republican nominating contests, buoyed by his signature 9-9-9 tax proposal, which would have levied a flat 9 percent corporate, income and sales tax.

But his popularity slipped amid sexual harassment allegations from several women, which he denied as “completely false.”