Robert Godec to be replaced as U.S. envoy to Kenya 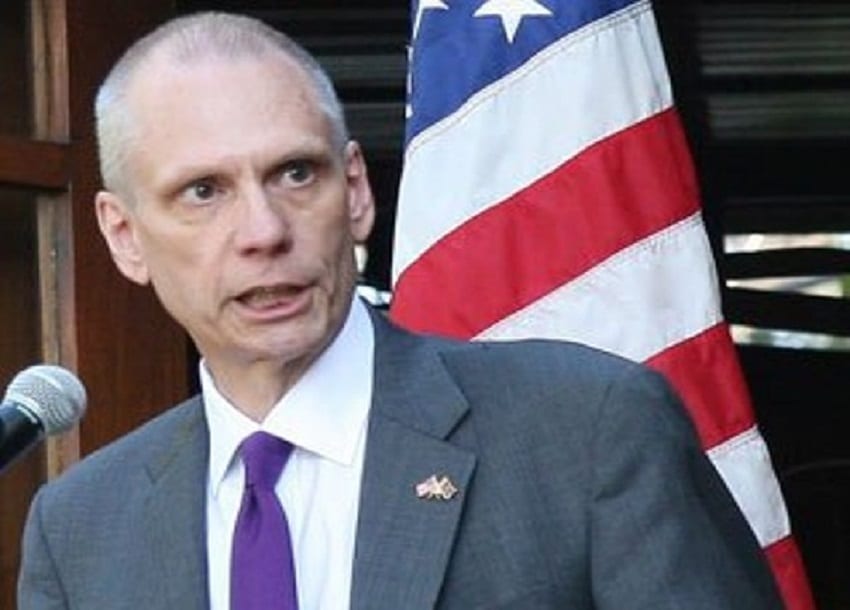 Robert Godec will no longer be U.S. Ambassador to Kenya, a statement from the White House has said.

President Donald Trump on Wednesday indicated his intentions to replace the envoy with Kyle McCarter, who previously served as senator of Illinois.

The change was announced on the White House website and will take effect after approval by the U.S. Senate.

Mr. Godec, who was nominated by President Barack Obama in 2012, is yet to issue a statement on the same.

Recently, U.S. Secretary of State Rex Tillerson was fired while on a trip to Kenya but through an announcement on Twitter.

Mark Rosen of Connecticut is to serve as United States Executive of the International Monetary Fund (IMF) while David F. Eisner takes up the role of Assistant Secretary of the Treasury for Management.

Earlier in the day, President Trump picked his doctor Ronny Jackson to be the new Veterans Affairs Secretary.