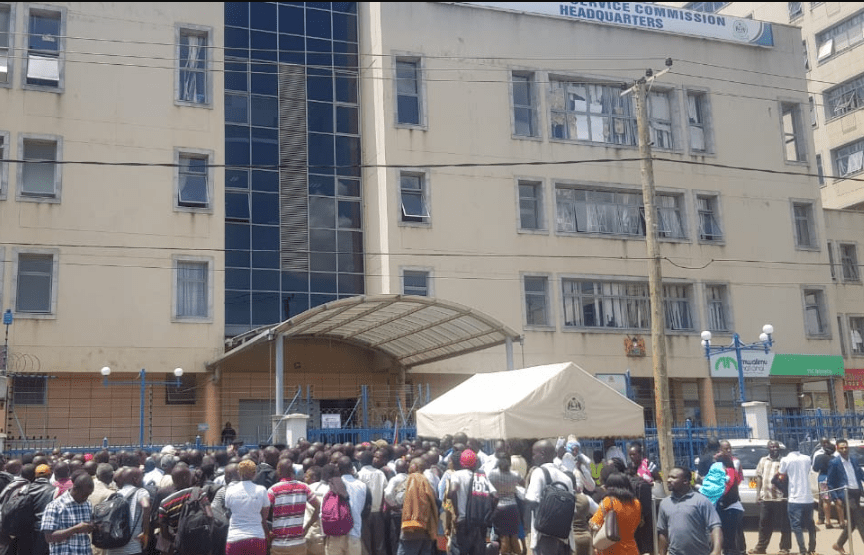 This comes after over 500 teachers from North Eastern on Monday camped at the TSC headquarters in Nairobi seeking an audience with commission’s boss Nancy Macharia saying their lives are at risk.

Speaking to Citizen Digital after meeting the educators, TSC Head of Corporate Communications Beatrice Wababu said all teachers working in Garrisa have since been issued with transfer letters to the new stations.

Ms. Wababu however urged non-local teachers based in Mandera and Wajir to visit TSC offices at their original counties for further direction.

She further stated that internal communication is ongoing on the fate of those working in the two remaining counties — Mandera and Wajir — and that a decision will be made after a meeting on Tuesday.

Ijara MP Sofia Abdinor had earlier on stormed the TSC office in Garissa and locked it up following a mass exodus of teachers stationed in the area.

Garissa sub-county TSC boss Hussein Abdullahi’s pleas for her to calm down reportedly fell on deaf ears as she insisted that the premises would remain locked until the commission provides a solution.

The legislator ordered out all the staff and proceeded to lock the office with new padlocks she had brought with her.