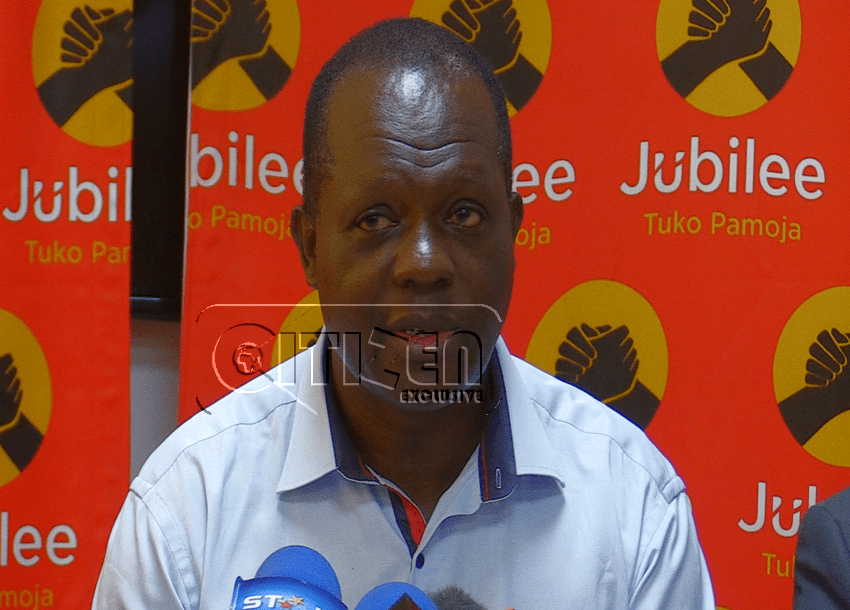 In a letter written by the party Secretary General Raphael Tuju, Jubilee wants the DPP to prosecute Mudavadi and Orengo for allegedly flouting the Independent Electoral and Boundaries Commission and election offences laws by accessing their servers during last month’s General Election.

Tuju cited a letter written by Mudavadi and Orengo to IEBC Chairman, Wafula Chebukati, informing him that they had secretly obtained information on the actual presidential results in the commission using “confidential sources.”

Jubilee’s demand comes hours after the opposition also demanded DPP Tobiko commences investigations to find and prosecute electoral commission staff criminally liable for the illegalities and technicalities that led to the nullification of the presidential poll.

Even though the Supreme Court did not find sufficient evidence to point fingers to any specific individual at the election agency, the Chief Justice David Maraga ruled that there was systemic institutional problem that contributed to the bungling of the presidential poll.

Now, NASA leader Raila Odinga has insisted that he will still not participate in the fresh presidential poll scheduled for October 26 until reforms are effected.

Some of the reforms Raila wants effected at the commission include the sacking of key Secretariat officials he has named as having colluded with Jubilee Party to rig the election in favour of President Kenyatta.

On his part, President Kenyatta has termed the Supreme Court’s majority decision a ‘judicial coup’ even though he has stated that he will abide by the court’s decision despite his criticism.