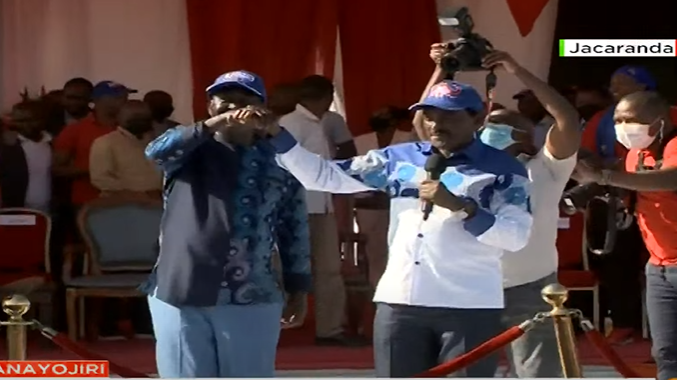 Wiper party leader Kalonzo Musyoka now says he considered the age factor between him and ODM leader Raila Odinga before deciding to put aside his own presidential ambitions and suppot the former premier.

Kalonzo, 68, was speaking at the Jacaranda Grounds in Nairobi on Saturday shortly after putting his weight behind Odinga, 77, under the Azimio La Umoja movement.

The former Vice President stated that he and Odinga had come a long way in the political stage and that the ODM chief is the sure candidate to clinch presidency in the August polls due to the strong team behind him.

Kalonzo further pledged that his focus from now on will be on popularizing Odinga’s bid across the country.

Saturday’s NDC saw over 20 affiliate parties in attendance sign a coalition agreement to officially declare their alliance to the Azimio la Umoja outfit.