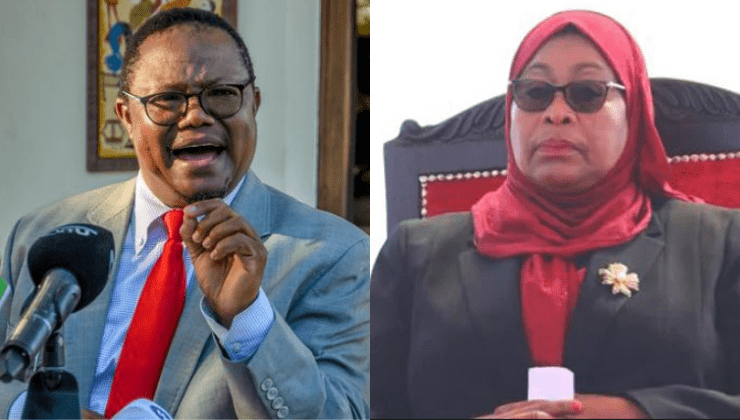 Exiled Tanzanian opposition leader Tundu Lissu has expressed cautious optimism about the future of his country under President Samia Suluhu.

Lissu, who spoke to Citizen TV in Nairobi on Monday following the launch of his new book, said President Suluhu has in her first 100 days of leadership made some noteworthy strides but still has a long way to go

He commended her for her handling of the COVID-19 pandemic in the country which has been a stark contrast to her predecessor the late President John Pombe Magufuli.

According to The Chadema vice chairman, however, President Suluhu has still not assured opposition leaders who fled into exile under the Magufuli regime of their safety and green light to return to the country.

“I think the first 100 days of Tanzania under the administration of Mama Samia Suluhu Hassan have been positive, there is however some guarded optimism on my part. The most important thing has been the change of tone, we – in the opposition – were used to being harassed even when we hold internal party meetings,” he said.

“You would hold a press conference and hardly get anybody from the established media, so things have changed for the better. There are things that she hasn’t done that we expect her to do that would give us the assurance to enable people like me who fled the country in fear of their lives the confidence to return home.”

The former presidential candidate who survived an assassination attempt in 2017 fled Tanzania last year again, a week after a failed nationwide protest to reject a presidential election that he claims was marred by widespread irregularities.

He now insists that the government has yet to bring to book the individuals of his assassination attempt, further adding that the matter was never even investigated.

Lissu said despite the fact that Suluhu was the only government official that visited him in hospital then, she is yet to address the issue since her swearing-in as president.

He added that he called her two days following her ascension to the office to express willingness to work together, but is yet to hear back from her as he only spoke to her staffers.

“I was shot 16 times in September 2017 by people who the government has said for 4 years that it doesn’t know. The police have said they have no suspects; they’ve never investigated the shooting, no one has been arrested, nothing has been done,” said Lissu.

“Of all the people in that government, she’s the only one who dared come visit me here when I was fighting for my life at the Nairobi Hospital. But she has not said anything in these past 100 days of her administration, even though I made the first move within two days of her swearing in.”

He added: “I called her but I didn’t speak to her, her assistants told me it was still hectic because they still hadn’t even buried Magufuli…they promised to get back to me, I’m still waiting.”