Turkey under pressure over military presence in Libya 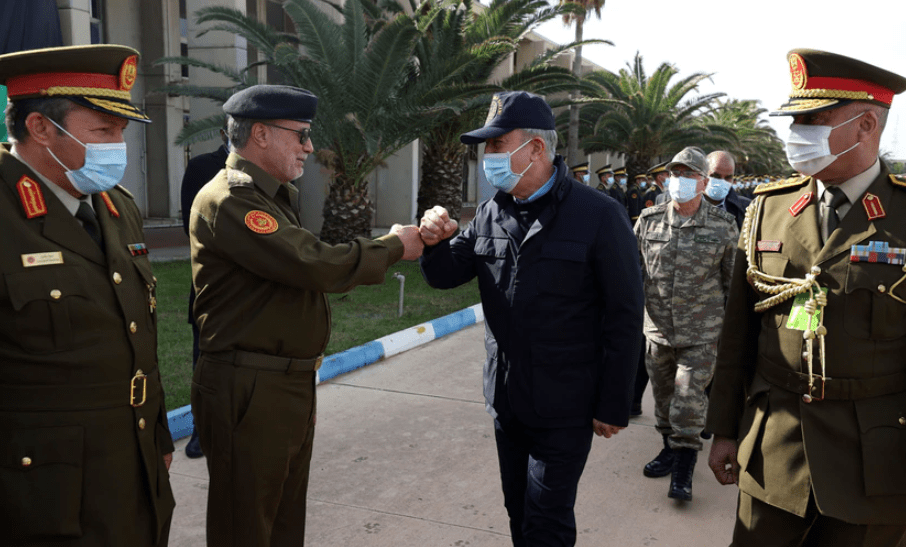 Analysts say Turkey is expected to come under pressure to remove its military from Libya when world leaders gather Wednesday at a conference in Berlin. The meeting will include discussions on elections and the withdrawal of foreign forces from the war-torn north African country.

The Berlin conference is the second international meeting organized by Germany and the United Nations. Discussions will focus on permanently ending the Libyan civil war, and laying the groundwork for December elections.

A key goal of the gathering is the creation of a framework for the withdrawal of all foreign fighters, something Aya Burweila, a visiting lecturer at the Hellenic National Defense College, says is key to restoring stability in the country.

“Good governance is very difficult to establish in Libya. There are arms everywhere, there are militias everywhere. So, the presence of foreign powers really undermines that. Libyans want them all out. They want a normal country. Most of all, they want elections at the end of the year,” Burweila said.

Turkey deployed hundreds of soldiers and thousands of Syrian fighters in support of the Libyan Government of National Accord in its battle against forces of Libya’s General Khalifa Haftar, who is backed by Russian and Sudanese mercenaries.

A cease-fire is now in force.

While backing calls for the removal of foreign troops, Ankara says its presence is legitimate because it was invited by the internationally recognized government.

But with conference attendees, including EU members and the United States calling for the removal of all foreign troops, and Turkey seeking to improve ties with its western allies, international relations professor Serhat Guvenc of Istanbul’s Kadir Has University says Ankara will likely acquiesce, at least in part.

“Turkey will probably eventually come to the terms. They will take those foreign fighters from Libya, the Syrian fighters, the Turkish proxies [out],” Guvenc said.

A U.S. Defense Department report last year said Turkey sent thousands of paid Syrian fighters to Libya. Burweila said the mercenaries are among the most destabilizing forces in Libya.

“These Syrian mercenaries, their behavior in Libya, [is] very much similar to [their actions in] northeast Syria: Looting, sexual assaults, violence. There is something very jarring to natives seeing foreign men with arms driving around their streets with no accountability,” Burweila said.

Ankara denies such claims of misconduct.

Turkey’s wider military presence is also expected to come under pressure. The Turkish military constructed an airbase and wants to establish a naval base in Libya, a plan opposed by Egypt and France, which are also represented at the Berlin conference.

But Guvenc said Ankara sees its Libyan military presence as having strategic importance.

“Turkey has to keep a foot in Africa. That air force base in al Watiya in Libya offers tremendous opportunities in that regard. So, probably, Turkey will bargain very hard to keep that base,” Guvenc said.

Analysts say the Berlin conference sees Ankara working to balance its strategic goals of improving ties with its Western allies while expanding its influence in Africa.