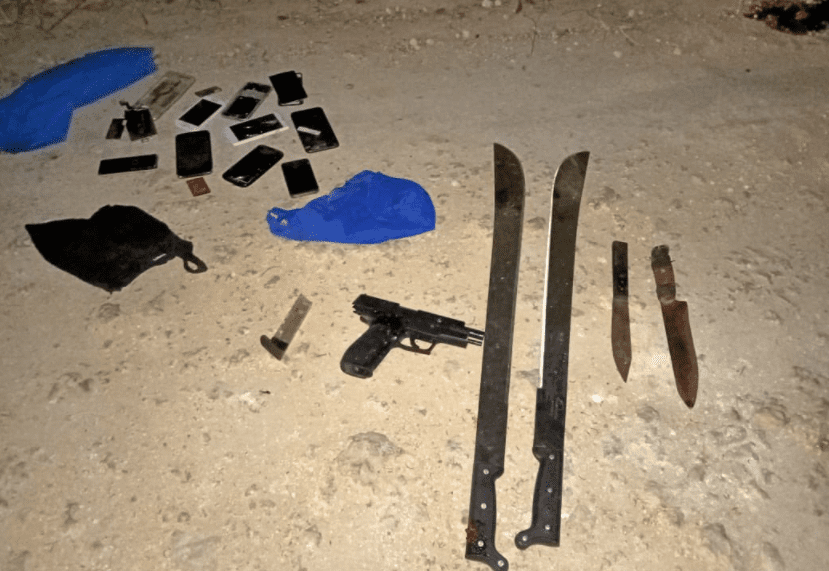 Detectives from the Directorate of Criminal Investigations (DCI) on Friday morning gunned down two armed criminals as they prepared to stage a robbery in Ukunda, Kwale County.

The sleuths who were on patrol came across the duo who were armed with weapons such as knives, machetes and a firearm they suspect could be fake.

The said firearm is presently being examined by ballistic experts to determine whether it is capable of firing.

The two criminals were gunned down after reportedly defying orders to surrender to the officers.

They are believed to have been part of a criminal gang behind a spate of robberies in Diani township and its environs in recent days.

The detectives also recovered assorted cell phone handsets believed to have been stolen from victims of crime.

Scenes of crime personnel have since documented the scene while bodies of the deceased were moved to Kwale sub-county hospital mortuary pending identification.