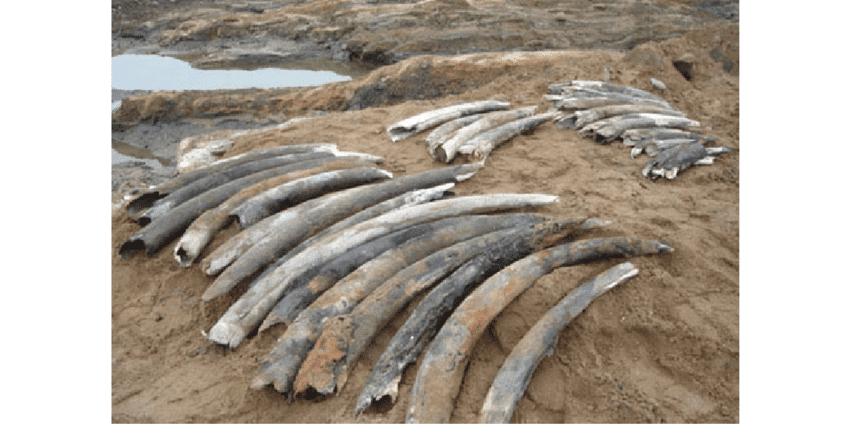 Two suspects were on Wednesday charged with trafficking ivory worth Ksh.2.6 million in Nakuru town.

The suspects; Samuel Wahome and Hillary Kiplagat who were before Chief Magistrate Josephat Kalo however denied the charges of being in possession of the 13 kilogram elephant tusks on November 6, 2018.

According to the charge sheet, in November 6, 2018 at Shell Filling Station within Nakuru Town, the two were found in possession of four elephant tusks without a permit from the Kenya Wildlife Service (KWS) and in contravention of the Wildlife Conservation Act.

The two, together with others not before court, also faced a second count of dealing with wildlife trophies without a permit.

The suspects are reported to have tried to sell off the said tusks which were found stashed in green and white manila sacks concealed as wood.

The two, who sought to be released on reasonable bond terms were freed on a Ksh.1 million bond each with a surety of the same amount or an alternative cash bail of Ksh.500,000 pending hearing of the matter.