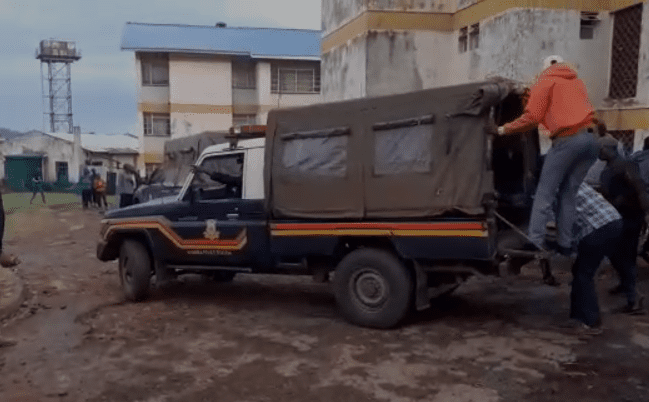 Drama unfolded at Nyamira police station on Tuesday evening after a police officer shot two of his colleagues before turning the gun on himself.

One of the two officers who were shot succumbed to the injuries while his colleague is undergoing treatment at the Nyamira Level Five Hospital.

The officer behind the attack has also been confirmed dead.

The motive behind the shooting could not be immediately established.