Two killed, one injured at Kibunja blackspot on Nakuru-Eldoret highway 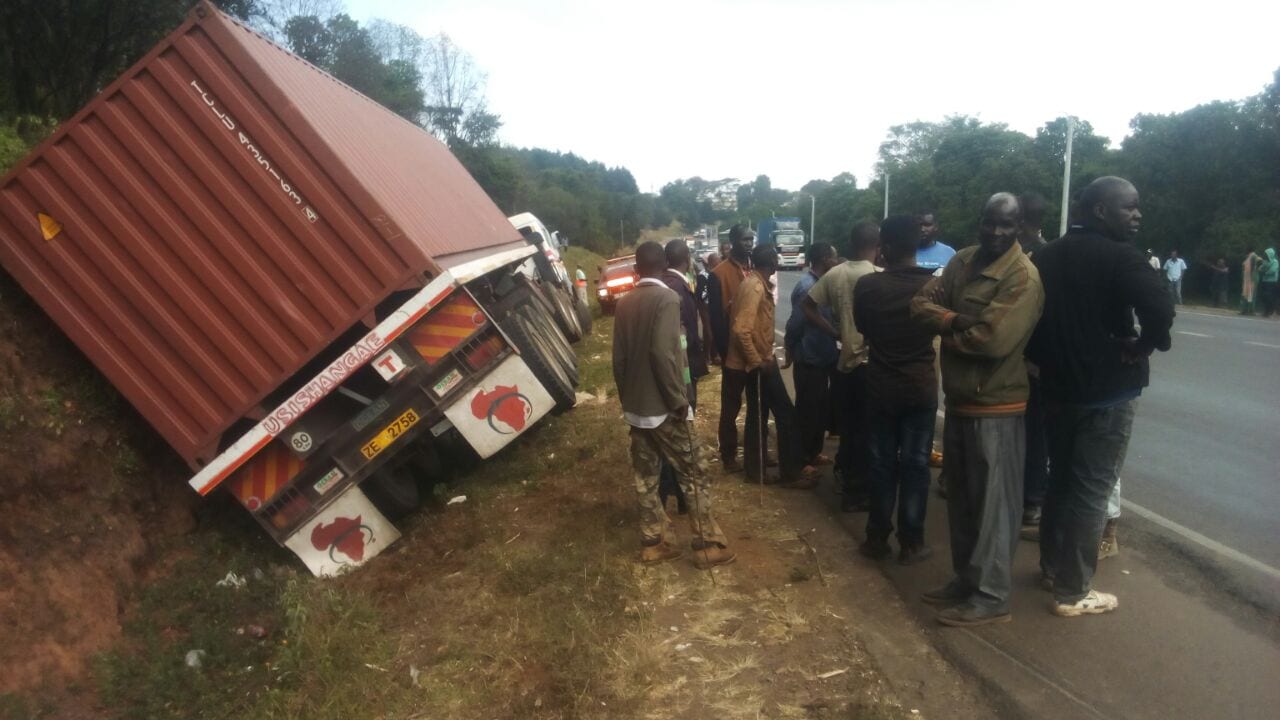 Two pedestrians were on Monday afternoon killed and another seriously injured after a truck hit a motorcycle they were travelling in at Kibunja in Sachag’wan area on the notorious Nakuru-Eldoret highway.

According to the Tanzanian driver of the ill-fated truck, the steering wheel system failed barely 5000 meters to a National Transport and Safety Authority (NTSA) barrier at Molo GSU Camp, leaving him with no choice but to run over the pedestrians in order to save more lives.

Confirming the incident, Molo Base Commander Moses Nderitu told Citizen Digital that the two died on the spot and the injured person was rushed to Rift Valley Provincial General Hospital in Nakuru.

“We are currently organizing for a breakdown to pull out the trailer that has covered bodies of the deceased,” said Nderitu.

This happens just a day after at least 36 people lost their lives and 18 others injured in a horror crash after a bus collided head-on with a truck at the Migaa black-spot on the same Nakuru-Eldoret highway.

December 2017 was a black month considering the fatal road accidents that happened on a nearly daily basis. According to the NTSA records, a total of 180 people had lost their lives to road accidents as of December 19 with a majority being pedestrians.

Here is a list of fatal road accidents that occurred in December, 2017;

19 killed in road accident on the Kitale-Webuye road at Kamukuywa bridge, Bungoma

At least 36 dead, 18 injured after bus collides with truck at Migaa on Nakuru-Eldoret highway