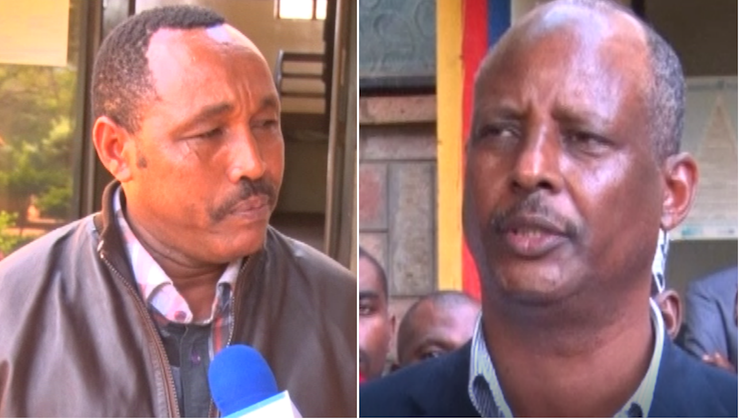 North Horr Member of Parliament Chachu Ganya and his Saku counterpart Dido Rasso will spend the night in police cells following their arrest for allegedly fanning the clashes that have left 14 people dead in Marsabit County.

The MPs were arrested on Monday in Marsabit and driven to the Directorate of Criminal Investigations (DCI) headquarters in Nairobi to record statements on their alleged involvement in the clashes.

The two are set to be charged with incitement to violence and promotion of war like activities on Tuesday.

The arrests were met with angry protests by a section of Marsabit leaders who claimed that the two MPs had attended meetings in which local leaders had pledged to support peace-building efforts.

Last week, Interior Cabinet Secretary Fred Matiang’i said intelligence reports had established that politicians were fanning the violence, warning that stern action would be taken against the culprits.

Hundreds of people have fled their homes in the affected areas, with 16 schools in villages such as Shur, Oronderi, Qubi qallo and Jaldesa being closed.

The situation has raised fears that nearly 2,000 candidates may not sit for their KCPE and KCSE.

The two legislators will spend the night at the Kileleshwa Police Station.