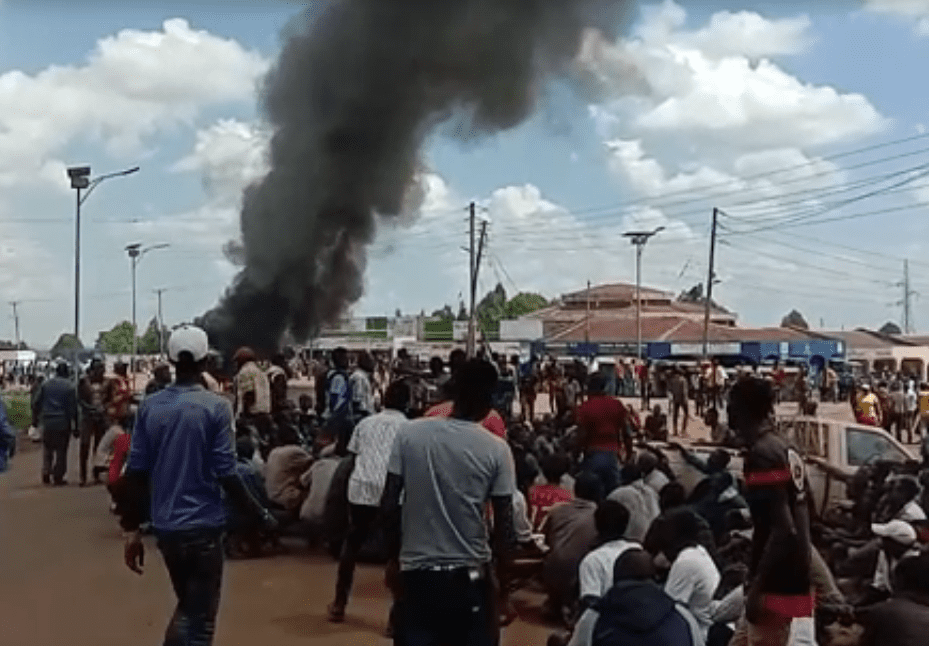 Two more people have been killed and nine others left injured in chaotic protests at Lessos in Nandi County after a police officer allegedly killed a cobbler for not wearing a face mask.

According to reports, area residents engaged the police in running battles after one of the officers had shot dead the cobbler, who is also physically challenged.

They reportedly lay the body of the deceased on the Kapsabet-Eldoret road protesting attempts by the police to transfer it to the mortuary.

The visibly enraged residents then proceeded to the home of one of the senior police officers and burnt down his house.

The Independent Policing Oversight Authority (IPOA) has since launched investigations into the incident where the police officer shot the cobbler.

“…IPOA dispatched its Rapid Response Investigation team, which is already at the scene and has initiated investigations into the matter with a view of establishing how the shooting happened and if the force used was necessary,” read a statement by IPOA Chairperson Anne Makori.

“On conclusion of its investigations, the Authority will make appropriate recommendations if culpability is established. IPOA supports officers who undertake their work professionally but will not hesitate to take action, in accordance with its mandate, on the few who are found to break the same laws they are supposed to enforce.”